Do not get any ideas, Warner Bros.

The singer/actor did with radio station Fresh 102.7 out of New York recently in which the morning duo Jim & Kim got him talking about the casting of Ben Affleck in Zack Snyder’s Man of Steel sequel.

“Ben Affleck as Batman, I like it,” Timberlake told them. “I worked with Ben last summer and I’ve seen his process. I think he’s a brilliant filmmaker. I think he’s an extreme talent so he could surprise a lot of people.”

Timberlake is referring to the upcoming film Runner Runner in which he co-stars with Affleck, Gemma Arterton, and Anthony Mackie. The DJs then asked Timberlake if he’d be Affleck’s Robin.

“Not a chance in hell,” he said. “I ain’t playin’ Robin. I have no aspiration to ever be a superhero in a movie. Now VILLAIN! I’ll tell you the villain I want to play more than anything because I grew up loving Batman, funny enough, is the Riddler. The Riddler is my favorite villain.”

“The Riddler was like a sociopath,” Timberlake continued. “He was proper crazy. So if I’m gonna play crazy, I’m wanna play proper crazy…I’m ready. The Riddler. Gimme a call.” 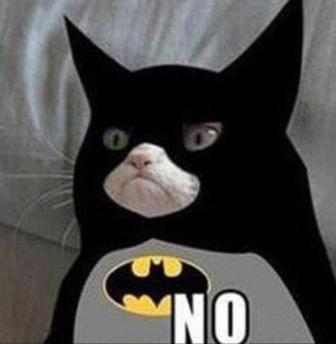