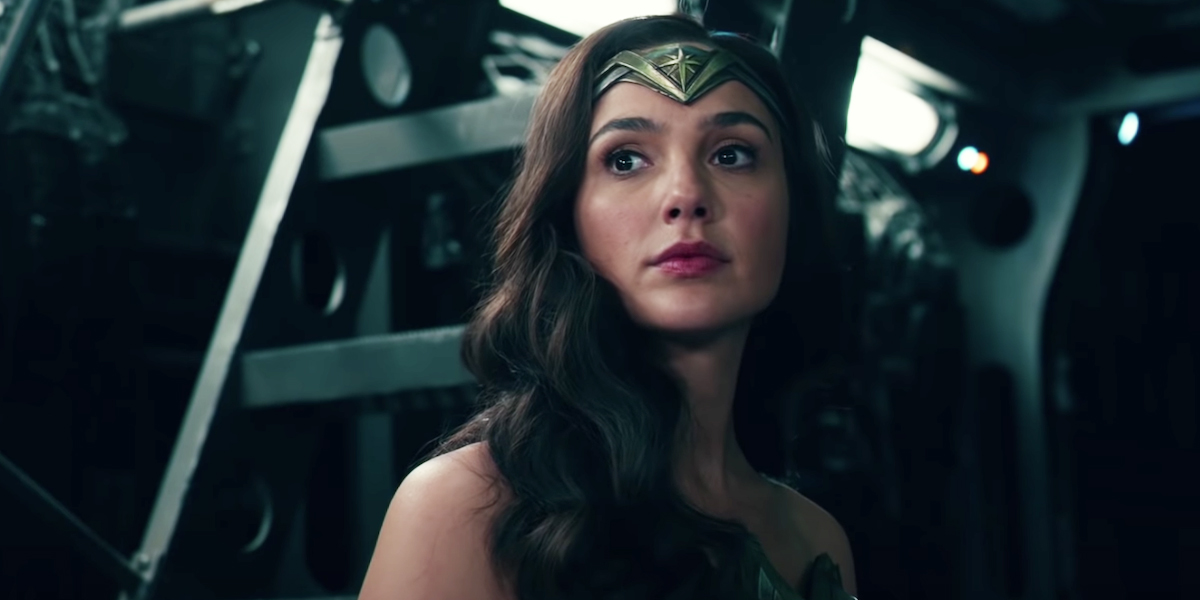 There was a special kind of pain that took me over when I watched Joss Whedon’s Justice League, and a large part of it came from his treatment of Diana Prince. That was hardly surprising, since when Joss Whedon wrote his own Wonder Woman screenplay, it was filled with sexism and unnecessary hoops for my girl to jump through all to prove that she was better than the men.

What I love about the Patty Jenkins’ Wonder Woman movies and the Snyder Cut is that Diana Prince doesn’t have to prove anything.

Diana Prince has come to us in many forms throughout the years. She’s the kind hero who wants to make the world a better place that we see in the Patty Jenkins universe, and she’s the fierce warrior that can destroy an entire room of terrorists to then turn and check on a young girl that Zack Snyder gave us in his movie. She contains multitudes, and I love her for all her different forms.

I’ve loved Wonder Woman for as long as I can remember, and sure, part of it probably came from growing up in a superhero-loving household and clinging to the female hero I heard about the most. But throughout the years, my love of Diana stayed even as I learned of other powerful ladies I’d come to love. I’d always return to Diana and the hero that taught me strength and grace while also kicking ass.

What hurt about Whedon’s version of Diana was that she was reduced to being “hot.” She was a prop, often the “backup” in a scene when she is definitely the second strongest member of the Justice League. Superman is, without a doubt, the strongest. I’ve never fought that, I know it’s the truth. But right next to him and often nearly as strong is Diana. So watching Aquaman and Bruce Wayne lead the charge in these battles as if Diana … couldn’t take most of their enemies on her own? Absolutely heartbreaking.

What makes it worse is that Joss Whedon clearly thinks this way of all female characters in superhero franchises because Ray Fisher said that Joss Whedon referred to Diana as “Natasha” in a meeting. Sure, it was a “mistake” but one that … shows just how much Whedon cares about these characters and their history.

Thankfully, I didn’t have to watch that again with the Snyder Cut. My entire thought process with this whole ordeal was that I just wanted a redemption for Diana and Victor Stone. They deserved a hell of a lot more than Whedon gave them, and I was pleasantly surprised by how much I loved their stuff in the Snyder Cut.

Diana’s introduction in the Whedon version was short, a bank robbery that needed her assistance even though that could have been a Batman storyline. In the Snyder Cut, it’s much longer and a look at Diana’s willingness to protect those who need her. The men attacking the bank are clearly terrorists, and she’s getting information to save the children there and those innocent bystanders. She takes all the bullets, hurts those trying to take over, and in the end, looks to a little girl who says that she wants to be like her and tells her that she can do whatever she wants.

That’s my Diana. That’s the character I’ve known and love, and getting to see her shine throughout the Snyder Cut felt so refreshing after the pain that the Whedon version brought me.

Personally, I hope this is where Diana goes with the Patty Jenkins movies, as well. I want to see what affected Diana in this way, made her harsher but still the kind soul to the innocent lives around her. I want to explore how she got here, and I still want my Diana to be the one who will do things like make the choice to kill Maxwell Lord because it must be done, as she does in the comics, because she clearly exists within this universe, and I think that we can have all sorts of Diana stories with both Zack Snyder and Patty Jenkins.