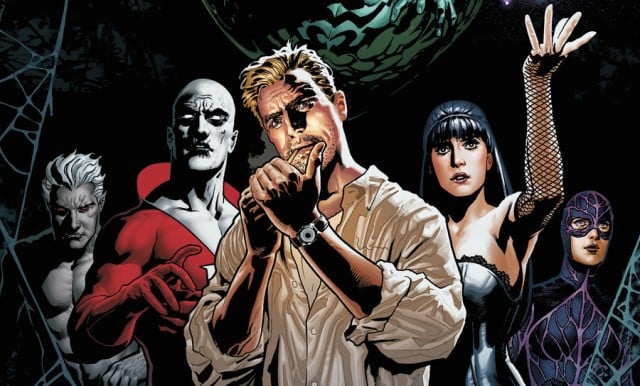 Still hoping against hope that we’ll see Guillermo del Toro make a team movie about the magic users of the DC Universe? Well, you can keep on hoping, because Forbes has a tiny update for you.

Forbes recently had an opportunity to interview the director and, in advance of running the full interview, they’re giving us a bit of a tidbit all about Justice League Dark , which has apparently been upgraded to the somewhat more opaque name Dark Universe.

Today, the completed screenplay for Dark Universe officially went to weekend reads at Warner Bros. The studio’s reactions to the script will be coming back in a few days, and the film could take another step toward production if Warner has a favorable opinion of what they see on the page.

Guillermo del Toro is well known for having a lot of plates in the air, not all of which wind up spinning all the way to feature film, and since he doesn’t shy away from talking about them no matter how slim the chances, it’s often anybody’s guess as to which ones are going to see the light of day. At the Mountains of Madness? Probably not happening any time soon. Pacific Rim 2? Totally a real thing.

Justice League Universe? We’ll have to wait and see.