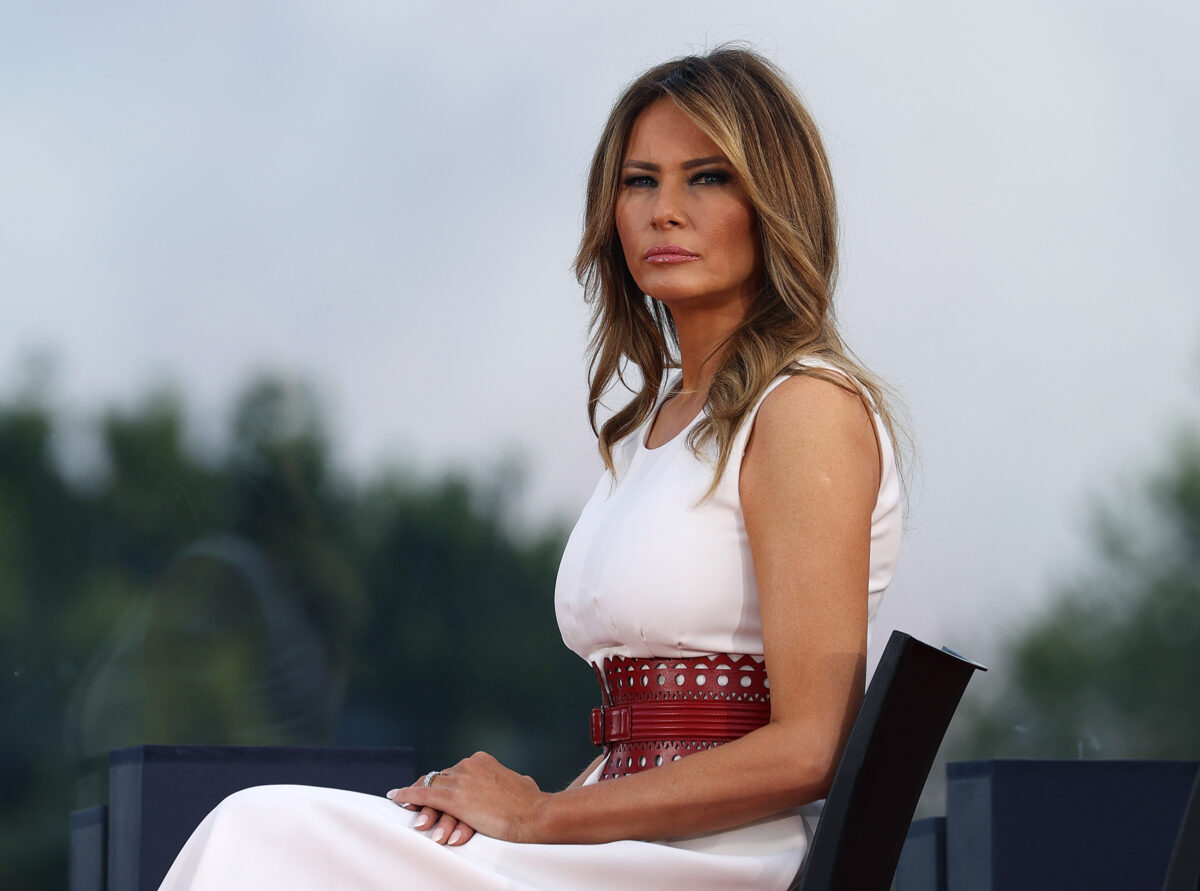 Amid continually rising coronavirus numbers across the nation, with enhanced unemployment expiring while the economy continues to flail, and as protests of systemic racism continue throughout the United States in the face of fascist crackdowns, First Lady Melania Trump thought now would be a good time to announce … a plan to renovate the White House Rose Garden.

The project, which will add walkways and electrical upgrades to make the Rose Garden a more friendly scene for press coverage, is meant as an “act of expressing hope and optimism for the future,” according to Mrs. Trump. And … well, it is certainly optimistic of her to think that this will make anything better, that she has a future at the White House, or that this is the time to invest even a bit of Federal Money into what many will deem a frivolous project.

But of course, Donald Trump likes to make reporters endure extreme temperatures as part of Rose Garden press conferences because he believes the natural light is more favorable to his complexion. I guess sunlight does wonders with “rotten tangerine.”

Melania spearheading a “renovation” to a garden to potentially facilitate better socially distant press coverage for her terrible husband in the midst of several national crises has a very “let them eat cake” vibe. So it got the exact reaction you might expect on social media.

How do we get out of this mess? https://t.co/lQHQAH4kFE

Indeed it was the case that the expensive renovations at Versailles and the general excessive spending by the French monarchy, while their people starved, was high on the list of grievances that led to the French Revolution.

Over a thousand people dying every day, millions unemployed, and Melania is going to … redesign the Rose Garden? Is she channeling Marie Antoinette?

Marie Antoinette would TOTALLY nod her head to Melania trump’s tone-deaf aloofness if she still had a head.

One might ask, as Melania redecorates and Trump goes golfing with Brett Favre, "What are they thinking?" but that presupposes that these are people care enough about the Unites States and her people to think. The Trumps, from Donald and Melania to Don Jr., Eric, and Ivanka, don't care about anyone but themselves. They are perfect examples of everything wrong with America and our power structures.

So, good luck with these renovations, Melania. I'm sure it will be a piece of cake.