Jurassic Park 3D Release Date Moved Up; Raiders of The Lost Art To Come To IMAX Theaters | The Mary Sue

Dinosaurs, Why Did It Have to Be Dinosaurs: Indiana Jones and Jurassic Park Return to Theaters 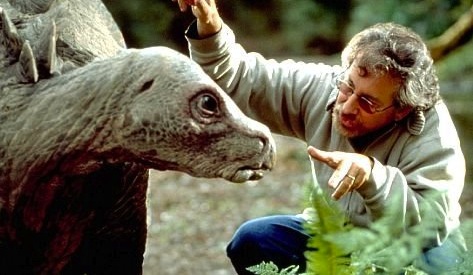 Sometimes miracles do happen: Not only has the 3D re-release of Jurassic Park been bumped up, meaning that dinosaurs will be stomping towards you in theaters sooner than ever, Indiana Jones and The Raiders of The Lost Ark is hitting the really big screen for an IMAX re-release. Can you handle this much action, adventure, and Steven Spielberg?

Universal Pictures has bumped up the release date of Jurassic Park 3D from July 19th, 2013 to April 5th, 2013. Yeah, yeah, I know it doesn’t seem like a huge jump now, but come April you’ll be so happy you won’t have to leave your air conditioning during July to go see a movie.

As for Indy, Raiders of The Lost Ark will hit IMAX theaters this month. Of course, it won’t be real IMAX — that is, a film shot with an IMAX camera — but I don’t know many Indiana Jones fans that would refuse the opportunity to see Harrison Ford’s face enlarged on a screen. It’s almost like you can touch him!

Not an IMAX fan? That’s alright, Indiana Jones: The Complete Adventures is hitting Blu-ray on Sept. 18. According to The Hollywood Reporter, Spielberg himself was involved with restoration process for the Blu-ray edition. Fancy!

So what do you all think, are re-releases of old movies in new formats a compelling enough reason to send you to your local cinema? Or would you rather wait for the remastered DVD, to enjoy from the company of your cool, 3D-dinosaur-less home?

(via The Hollywood Reporter and Daily Blam.)