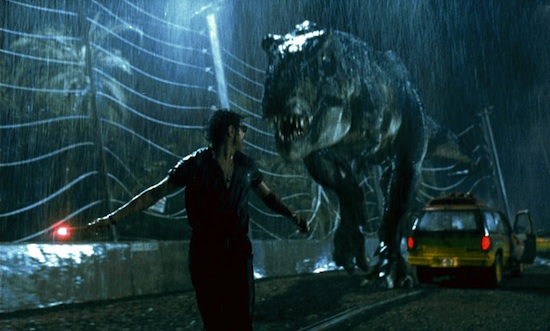 Your hopes of ever visiting a real-life Jurassic Park — yes, we all still hold onto that dream, minus the rampaging dinosaurs part — may have just been dashed upon the jagged cliffs of science fact. A team of researchers from Australia’s Murdoch University released a study today suggesting that the very longest DNA could survive in a fossil intact is about 6.8 million years, meaning that giant lizards from the Cretaceous period are not viable candidates for cloning, no matter how sweet that would be.

Researchers used a fossil leg bone from the moa, an extinct flightless bird once common in New Zealand, to get the first good numbers on how long DNA can last in a fossil. Since the 158 bones used in the study contained DNA, were of a relatively well known common age, and were comparable to one another in many ways, they made good timers for measuring the rate at which bonds in DNA break, rendering it useless for the purposes of cloning a bloodthirsty reptile the size of a bus.

That process seems to take a surprisingly long time — almost 400 times as long as scientists previously thought. However, even staying together that long is nowhere near long enough to breed raptors. That’s because a lot of stuff can happen during the lifespan of a fossil, and almost none of it is friendly to the preservation of life’s blueprints. Time takes its toll on DNA preserved in fossils, which can also be harmed by exposure to oxygen, high heat, or harmful microbes.

The team now moves on to refining their models, hoping to better understand what factors impact DNA preservation and identify fossils in collections around the world that may be storehouses for viable DNA. “Ultimately the models might enable better estimates of which fossils might work,” says lead researcher Dr. Mike Bunce, “and prevent the destructive sampling of rare fossils which are thought unlikely to yield DNA.”

In other words, while we don’t get dinosaurs, this could help us resurrect younger fossil animals like moas, woolly mammoths, and saber-toothed cats. Which is pretty cool, too, I guess.