The Dark Knight Adds Juno Temple To Cast, We Are Contractually Obliged To Speculate 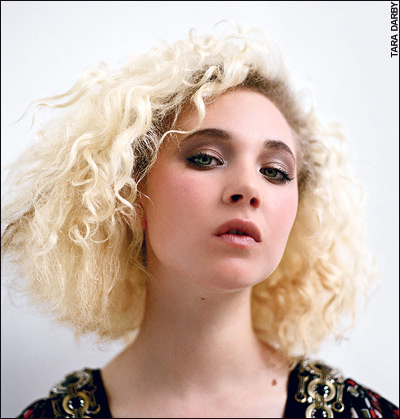 Juno Temple has officially joined the cast of The Dark Knight Rises, and if I had to take a guess I’d say she’ll probably be playing Holly.

Fine. Temple is something of a rising child star, appearing in Atonement, Notes on a Scandal, and The Other Boleyn Girl, and her character description in TDKR reads: “a street-smart Gotham gal.”

There are a number of fandom known characters who that description could apply to, ranging from Stephanie Brown (Spoiler, Robin IV for about a week, and now Batgirl III) to Carrie Kelley (Robin in The Dark Knight Returns). But neither of those are particularly likely (but not as supremely unlikely as Stacy, the GCPD’s temp and as the only civilian in the office, the only person who Internal Affairs will allow to turn on the Batsignal).

What is likely is that she’ll be a character who is actually original.

Okay, okay, so if she’s going to conform to any known character, it’ll probably be Holly Robinson, the underage prostitute character introduced by Frank Miller in Batman: Year One so that Selina Kyle would have a human being to talk and emote and exposition at. 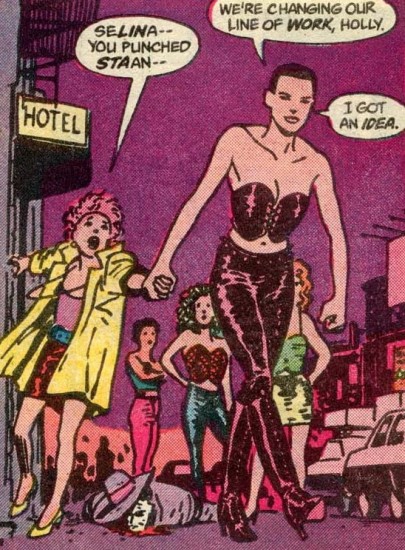 The resemblance isn’t all that far-fetched, even, not with that mop of curly blonde. Holly’s role in Year One was minimal, but she’s been a recurring character in the best of Catwoman’s continuity, with a personal battle with drug addiction and getting off the streets herself, followed by some serious hand-to-hand combat training as only the DCU can provide and a stint as Catwoman when Selina took maternity leave.

Most interestingly, if she indeed is Holly (and not simply a reference to her, take for example the female hispanic cop in The Dark Knight: she shared a name with canonical character Renee Montoya until Nolan’s team realized that the name, gender, and nationality was pretty much all she shared, and they were doing a disservice to the original character by connecting the two) then this may indicate that we’ll be seeing the gritty, street-smart, Gotham native side of Catwoman, as opposed (or in addition) to the high-society mover and shaker.