INTERVIEW: Judy Reyes Talked With Us About the Importance of All Together Now 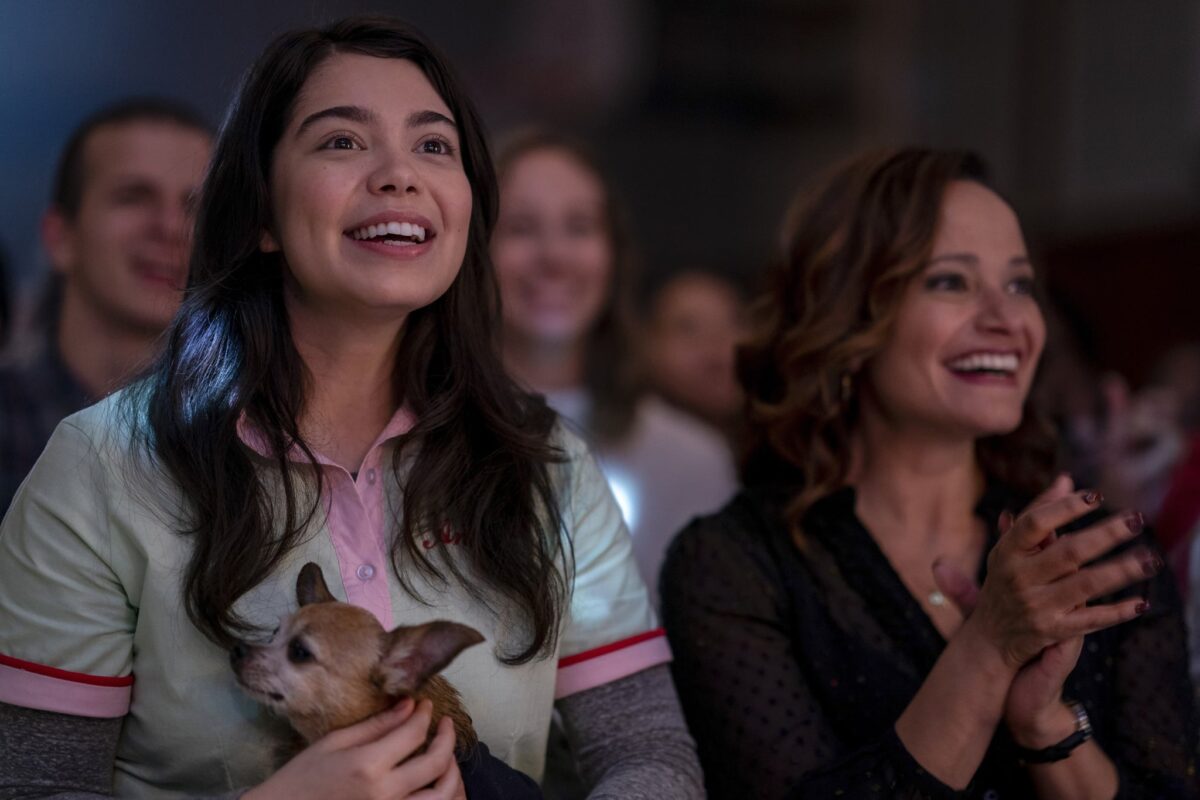 It’s incredibly inspiring and a film that many of us need right now, and talking with Judy Reyes (who plays Donna), it’s clear she also knows how important a film like this is.

THE MARY SUE: I’ll be honest: I cried a lot watching this film, and so I wanted to know what made you want to do this movie in the first place and play Donna?

JUDY REYES: I mean, it was a really sweet, honest film, you know? The character that Justina Machado played was the role that I auditioned for, and she and I are very close friends. I’m constantly chasing Justina’s tail. She gets roles, and then I get the other, and stuff like that, but it was still just a very moving film about pride and community and kids, and it felt so pertinent to what’s going on today, and it was such a lovely role to play. I thought the role of that mother was such a powerful and strong antithesis to the Becky role, and I thought it was a great thing to do, so I said yeah.

TMS: I found this with a couple of movies that have been coming out recently, but so many fit in with what’s happening in our world in a strange way, and with this movie, it’s just such a hopeful movie. Do you think that’s a good thing for the film as a whole?

REYES: I think it is, and I think that, you know, young people elevate and inspire older people. When older folks are losing their hope or losing their bearings, young people are finding their strength and finding their hope now, so I think it’s really pertinent, you know? A sense of community, helping each other. This kid Amber is so hopeful and so strong and so energetic, and she helps her best friend, who is my kid who is autistic, and he helps her.

And she believes it because her mom believes it, and her mother does really believe, but she has a lot of bad problems. But because of her energy, she helps a lot of people and has a lot of jobs and has this incredible talent. You know? And she helps me with my kid, who is her best friend, and all of that is just fuel for hope. It’s just infectious, so at some point, you just don’t give up, and you can’t because if you do, what do you have left?

TMS: Yeah, and I really liked that in the movie because, not to spoil anything, but by the end you realize just how much everyone wants to help each other in the long run of it all. Like with Donna, it’s never really a question of whether or not Amber can stay with them. It’s just that Donna didn’t know what was going on in Amber’s life, and the minute she found out, she was like, “Yeah, of course.”

REYES: Yeah, and I think it was because she wanted to respect that space. You know what I mean? She wanted to respect her space and her mother’s space, so she just didn’t want—it feels so familiar to me. And Justina and I talk about this a lot. It’s a very Latin thing. I love how diverse this is. I love how multicultural it is without question. It’s just there, which is the world that we live in, the world that I know, the Bronx that I grew up in.

As dark as it got when I grew up and when I left, it’s the world that we know. It’s how we grew up as immigrants. You give help, but you don’t ask for it because that’s going to get you in trouble, you know? The undocumented or the immigrant world that you come from, it’s going to get you in trouble. And so it stings with a reminder of how we grew up. You don’t ask, and it’s a pride thing. It’s a pride thing for a lot of reasons—for legal reasons but for cultural reasons. That still stings, as I said, as a reminder. But you connect the dots with her, in terms of story, of how she could get in trouble because of the whole homelessness issue, but ultimately, it’s just kind of respecting the space until she asks for that help.

TMS: With this film, as you said earlier, your character has an autistic son and it’s refreshing because it’s not so much about a struggle of raising a son with autism but is more just like “This is my son and Amber helps because we just need a little more help,” and Donna is doing her job while being a single mother, and it’s wonderful. So, do you, as an actress, hope to show those very strong … not just mothers but very strong female figures who don’t let the weight of their situation completely destroy them? They just find ways to adapt?

REYES: Exactly. Like, it doesn’t have to be an event. You know? Because people function. They have their lives, and it’s such a wonderful opportunity to continue and start to tell people who just, like, function and do what they do as mothers of autistic kids.

All Together Now is out on Netflix now, and it’s one you’ll want your tissues for.