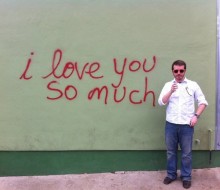 Three of Joystiq’s top editors are leaving the venerable video games blog. Still one of the Internet’s bastion of credible, entertaining video games journalism, Joystiq probably won’t miss much of a beat, though Justin McElroy, Griffin McElroy and Chris Grant will be sorely missed. Grant is leaving Joystiq to found a new site under Vox Media, its video games vertical, under which the The Verge recently launched. The McElroys, who you may know from the My Brother, My Brother and Me podcast, have not yet stated where they’re going, though the timing of the three departures would suggest that they may be joining Grant under Vox Media.

A post on Griffin McElroy’s tumblr suggests that both Joystiq and AOL weren’t the cause of his departure:

“I am not being fired. I am not leaving Joystiq because AOL did something wrong, or because AOL is a crummy employer.”

The post, which you can read here, doesn’t actually state where the McElroys will be going, but it does allude to something of a darker nature:

Griffin’s post, along with Justin’s post on his own personal blog, however, does seem to point toward the three leaving the site in order to build something new, rather than because Joystiq or AOL is headed in a direction of which they aren’t too fond. Chris Grant, former editor-in-chief of Joystiq, will be succeeded by another venerable Joystiq staffer, Ludwig Kietzmann, so the site will be in good hands.

Check out Kietzmann’s State of the Union over on Joystiq. It seems they know what they’re doing.