What Happened to Freedom of the Press?—Journalist Arrested for Trying to Ask Trump Official a Question 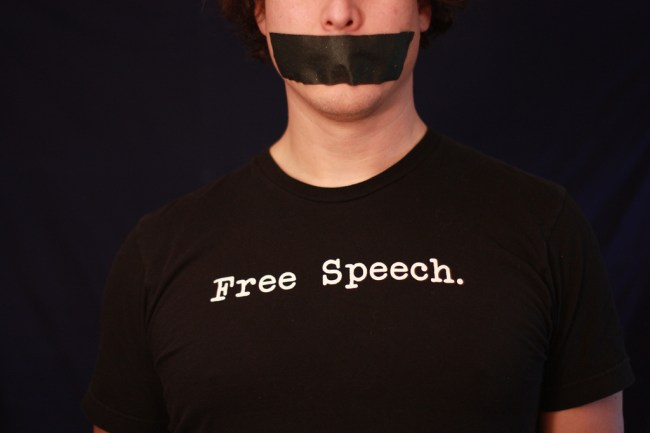 Donald Trump’s growing hostility toward the press should sound off some serious alarms. As if trying to discredit journalists by adding “alternative facts” and “fake news” to everyday vernacular weren’t bad enough, one member of the so-called free press was arrested after attempting to ask a question.

ABC News reports that broadcast journalist Dan Heyman from Public News Service West Virginia was apprehended by police and charged with “willful disruption of government processes” for allegedly “causing a disturbance by yelling questions.” He was apparently seeking answers from Secretary of Health and Human Services Tom Price for questions raised about that problematic healthcare bill which was just approved by the House.

The charge is only a misdemeanor but it’s still alarming to know that shouting questions at an official is somehow a jailable offense—especially since Trump’s administration isn’t too keen on allowing media into important meetings, and whenever reporters do get some face time, their questions are dodged. If you’ve done nothing wrong and have nothing to hide, why be so shady?

“The arrest of a journalist trying to ask a question in the public interest is a clear affront to press freedom,” Alexandra Ellerbeck, senior U.S. and Americas researcher at the Committee to Protect Journalists, said. “West Virginia authorities should drop all charges against Dan Heyman immediately and respect journalists’ right to question government officials.”

How far do we let Trump’s administration go before we finally decide that we want to live in an actual democracy? Even as he flings his uncomfortable relationships with Russia right in our faces, exercises an abuse of power with the vindictive firings of Sally Yates and James Comey, locks the press out of important meetings and uses Twitter for diplomacy, there are those who still follow him blindly and that’s terrifying. That’s how dictators gain power.

If this goes unnoticed, expect more journalists to be arrested for seeking the truth and then you have no one checking Trump and his League of Extraordinarily Shady Men as they sweep their growing number of atrocities under the rug. Do you really wanna wake up into a dystopian society rather than just read about it? Be vigilant. Be loud. Be informed. And never give up. #RESIST.