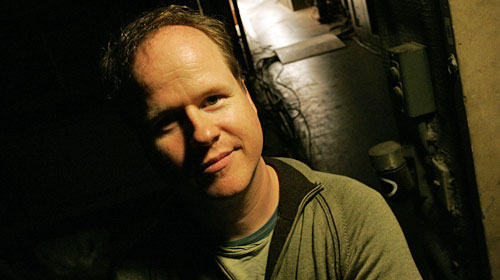 For me, Joss Whedon will always be the man responsible for creating my favorite female character of all time – Buffy the Vampire Slayer. Young ladies of a younger generation may come to revere him for his work on The Avengers but what Whedon really can’t get off his mind is that no one will remember him for creating a kick-ass Wonder Woman movie. In a new interview he laments the loss of that project while also discussing his ongoing love affair with strong characters of the female persuasion.

During the in depth interview with Rookie, Whedon was asked whether his penchant for young female characters had anything to do with him going to an all-boys school to which he told them, his obsession came long before that. “I have never really known why I need to write about really strong adolescent girls. I do know that I have issues about helplessness, and that seeing [girls] portrayed as helpless, for all the years of my youth, got very old,” he said. “I am much more interested in some of the older comedies, particularly the black-and-white comedies of the ’30s, when most of the movie stars were female and they actually had things to do and a lot to say before they were sort of sidelined in the mainstream, in movies. And I was raised by a super strong, very interesting woman. And I was also very tiny and helpless. Those are the things that I know about. But I still don’t know why my avatar’s a girl. But she always has been, and I’ve just given myself up to it.”

Although Whedon is currently still putting together his superhero team film for Marvel, he’s still pretty upset he never got to make Wonder Woman for DC as planned. He spoke briefly about what she and the film as a whole would have been like. “She was a little bit like Angelina Jolie [laughs]. She sort of traveled the world. She was very powerful and very naïve about people, and the fact that she was a goddess was how I eventually found my in to her humanity and vulnerability,” he said, “because she would look at us and the way we kill each other and the way we let people starve and the way the world is run and she’d just be like, ‘None of this makes sense to me. I can’t cope with it, I can’t understand, people are insane.'”

Not one to shy away from every aspect of a character’s life, Whedon also had interesting plans for Wonder Woman’s heart. “Ultimately her romance with Steve [Trevor] was about him getting her to see what it’s like not to be a goddess, what it’s like when you are weak, when you do have all these forces controlling you and there’s nothing you can do about it,” he said. “That was the sort of central concept of the thing. Him teaching her humanity and her saying, OK, great, but we can still do better.”