Joss Doesn't Get to Ruin Buffy. She Doesn't Belong to Him. | The Mary Sue

Joss Doesn’t Get to Ruin Buffy. She Doesn’t Belong to Him Anyway. 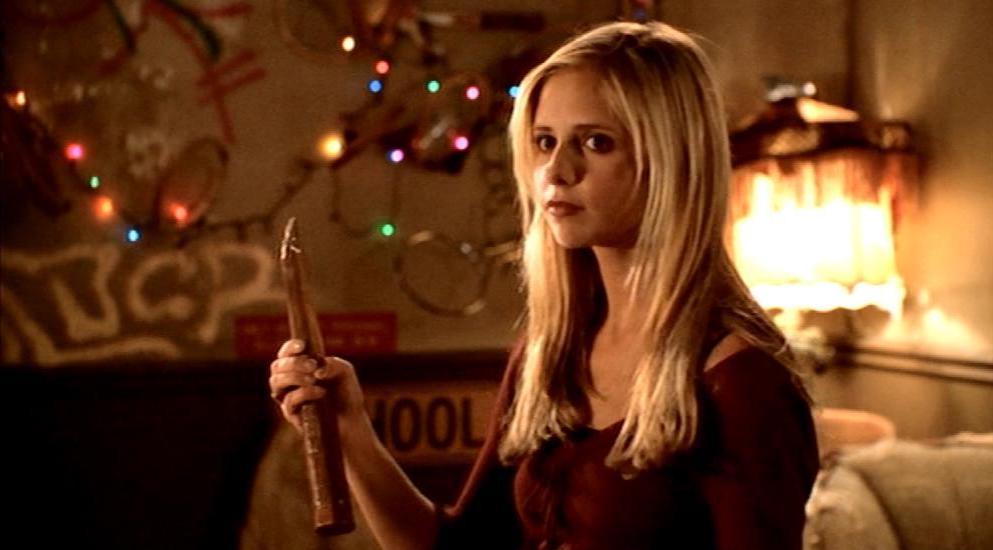 In light of the open letter from Joss Whedon’s ex-wife Kai Cole, many feminist nerds find themselves in a time for soul searching. A lot of people are wondering if they have to give up something they loved, something that was formative to their feminist or queer identity because of one man’s terrible behavior. Joss fansite Whedonesque even shuttered in light of the allegations. While they were also clear that they had been considering the move for a while, it certainly made a strong statement.

While Joss’s actions are deeply upsetting and he should be held accountable, they don’t negate the feminist value fans find in characters and shows like Buffy, Firefly/Serenity, and others. To my fellow feminist geeks I say: do not regret the love you have for shows and movies that helped make you better people, even if their creator ultimately let you down. Don’t let this man’s bad behavior do even more damage by taking something you loved away from you, something that so many others helped create, and something that the fans have poured our heart and souls into for so many years.

For many fans, Whedon’s work was part of developing key aspects of their identity, whether that be their feminism, coming out as LGBTQIA, or getting through and coming to terms with a tough time in life. It’s always difficult to stomach when a beloved creator doesn’t live up to our expectations, but it’s particularly troubling when the things they’re accused of are directly antithetical to what made them so important to us in the first place, in this case Joss’s feminist, progressive politics that permeated his work. While it has always been worthwhile to criticize where his work falls short—particularly with regard to orientalism, his portrayal of race in general, and his attitude toward sex workers—for many feminist nerds, the last few weeks have been filled with some serious soul-searching as we come to terms with what this news means for us as both fans and feminists, even if our own feminism had long ago progressed beyond what we saw Joss manifesting on screen.

Creating TV shows and movies like Buffy, Angel, Firefly, Serenity, and Dollhouse is no small task; it requires collaboration from numerous parties, particularly for the shows that have longer lifespans. The directors, the writers’ room, and the producers all play a role in shaping the production, and many of them carry over from one production to the next. Finally, the actors themselves bring these characters to life and can greatly influence their character. Anyone who would view Sarah Michelle Gellar as merely a vessel for blindly reciting lines created by a male authority figure clearly didn’t pay enough attention to Slayer mythology. All of these people deserve credit for their roles in shaping the characters and stories we know and love, and their efforts should not be erased because of Whedon’s conduct.

One of the other functions of Kai Cole’s letter was to remind us of all the unpaid and unacknowledged labor that women often put into their partners’ careers. If her letter is to be believed (and I, like many fans, find it to be credible), Whedon was uninterested in pursuing television. It was her influence that steered him toward that medium to bring us his vision for Buffy. That wasn’t the last time she influenced her career, either. As Whedon himself shared, Kai was responsible for pushing him to actually adapt the script and capture one of his Shakespeare readings on film, which became Much Ado About Nothing.

We have an unprecedented level of communication with creators. They seem to be constantly learning that viewers are not content to merely consume media quietly, or only become vocal when fervently expressing the desire to purchase licensed merchandise. Whether it be resuscitating shows like Sense8 and Timeless or calling out the Bury Your Gays trope on The 100, more than ever, that communication warrants a response.

It remains to be seen how the fan response to Kai Cole’s letter will affect Whedon’s career, if at all, but it certainly calls into question all the speeches and awards he received for being a feminist, the many times fan cries for women creators were silenced with the admonishment that “at least it’s Joss,” and the decision to put him in control of Batgirl. It’s one thing to grandmother in fan favorite characters; it’s another to ask us to hope he turns in something closer to Buffy than that painful Wonder Woman script that was floating around.

These worlds and the characters who inhabit them are as much ours as his now, especially the properties that have been out for years now. In many cases we’ve had “custody” of them longer than Joss or any other creator ever did. This in no way excuses what he did, but he doesn’t get to take the things we love away from us. We’ve spent so much time with his creations, from our countless rewatches and marathon binges to writing fanfic and creating art. Add in all the time spent going to cons, cosplaying, painstakingly creating those outfits, talking to everyone we meet about our favorite show or this one episode they just have to watch, fighting it out in the forums and comment sections, and making friends within the fandom.

The work itself is still subject to criticism, of course, but fandom is about so much more than the creator. In a way, there’s a power in that.

If these accusations are true, Whedon has done so much damage already. He shouldn’t get to take these beloved creation from us because of this, too. His work is in many ways more ours than his. Joss Whedon doesn’t get to ruin Buffy for legions of feminist nerds because she doesn’t belong to him, anyway. Like so many of his characters, and indeed his fans, she outgrew him long ago.

Delia Harrington is a writer, activist, photographer, and geek. She finds the intersection of her passions in feminist pop-culture criticism of her favorite genre shows. Delia works in international development, travels as often as possible, and advocates for survivors of sexual violence. Her writing can be found on Wanderful, Stop Street Harassment and her blog. Her social justice snark can be found on twitter.