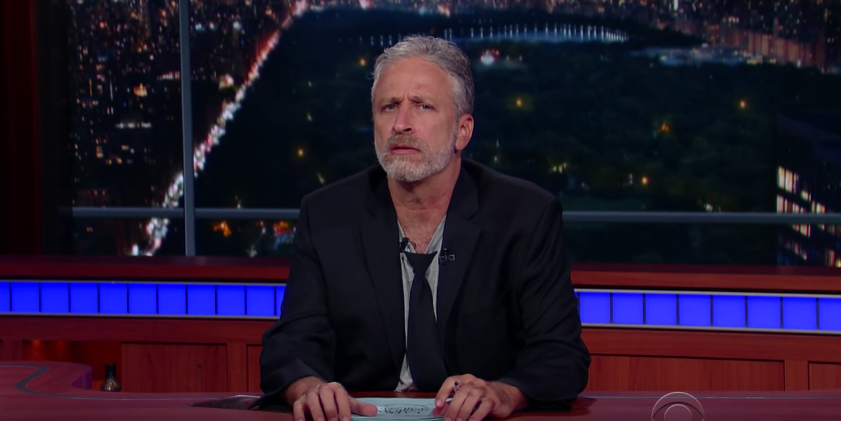 Jon Stewart’s return to late-night television was much-anticipated, and fortunately when The Late Show With Stephen Colbert kicked off its coverage of the Republican National Convention with a run of live shows we were definitely not disappointed.

From the bit that had Colbert heading off in search of Stewart (who was depicted as being something of a hermit during his time away from TV) to Colbert’s resurrecting of his classic “Stephen Colbert” character from The Colbert Report (complete with a segment for “The Word”), there’s no question that The Late Show allowed Colbert to shine doing what he truly does best–riffing on politicians.

As the show wrapped up its RNC coverage, the news broke that Fox News chairman Roger Ailes had resigned after being accused of alleged sexual harassment by several employees. Of course, Colbert had to bring Stewart back in given his long history with the network, and after outfitting him properly for the Late Show desk, Stewart was off and running as if he hadn’t been off the air since his departure from The Daily Show nearly a year ago:

The bit is a must-watch for several reasons, one of them being the bit where Stewart kinda forgets that they’re broadcasting live–but also the fantastic words he delivers (possibly off-script?) to those Trump supporters who believe that they are, in Stewart’s words, “this country’s rightful owners.” As far as Stewart is concerned, nobody owns America–because that’s kind of what a democracy is, isn’t it? Either way, it’s a powerful segment that’s already been watched over 8 million times on YouTube. I think it’s safe to say we missed Stewart on our TVs.