Why Is Johnny Depp Still Employed? | The Mary Sue

Why Is Johnny Depp Still Employed, You Ask? 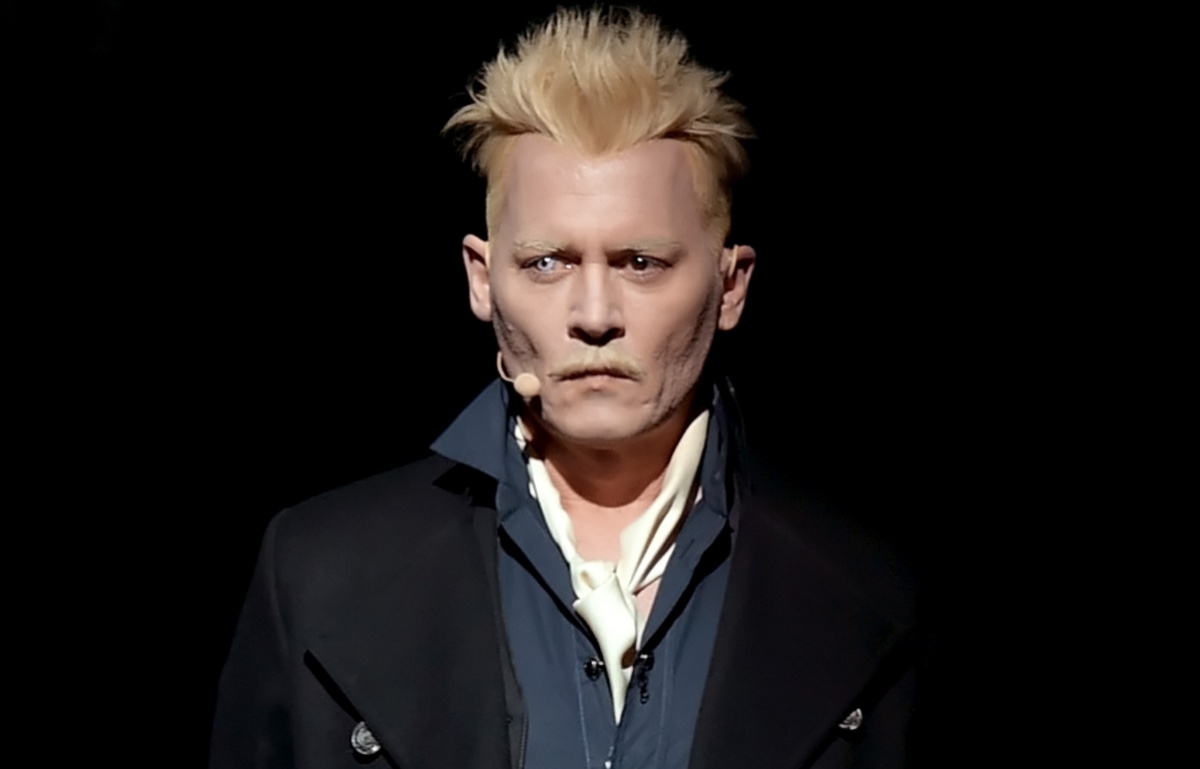 Over the weekend, with the fallout of James Gunn’s termination from Disney due to the actions of the radical right propaganda artists pulling up Gunn’s old tweets with rape and pedophilia jokes, there was one person whose continued success was on everyone’s mind: Johnny Depp.

The “what about Johnny Depp?” murmurs only got louder when he was brought out on stage as a surprise guest, in full Grindelwald attire (Hiddleston already did that and did it better, you are so 2000 and later) in Hall H of SDCC. The same hall his ex-wife and alleged spousal abuse victim, Amber Heard, was going to be in for her own Warner Bros. film, Aquaman.

This, on top of everything else, had people online fuming. More so than I’ve ever seen most people fume over Amber Heard’s alleged abuse in the past.

Reports from SDCC say that while people did boo Depp when he showed up in the trailer, when the living reverse Dorian Grey himself came out people started to cheer for him, and therein lies the problem. People can have all this righteous fury online, but when you come face to face with that oppressive force many just go with the wave of excitement. It’s Johnny Depp. Edward Scissorhands. Captain Jack Sparrow.

Despite the allegations, the physical and photographic evidence and Depp’s continued spiral highlighted in the Rolling Stone feature and his current lawsuit where he allegedly assaulted a male crew member, Depp has many defenders. Both from fans and from people who have employed him: Warner Bros., Disney, David Yates, and J.K. Rowling herself.

For many, from the moment it was announced why Amber Heard was leaving Johnny Depp, it was assumed that it was Heard’s fault. She was the young, wild, bisexual wife who was taking down a star. Nevermind that she did everything someone is “supposed” to do in a situation of alleged abuse. She took proof, she pressed charges, she left. Yet, she was the one maligned as a gold-digger and an abuser and a provocateur. Which comes from this sense of loyalty to Depp because of course a woman tore him down. As if he didn’t already have massive financial problems and issues with violence. The fact that Depp married Heard without a prenup, with his level of success, is on him. That’s amateur hour.

Not to mention the simple fact that even if Amber Heard was the worst, it is not an excuse for him to lay his hands on her. Nor are his alleged actions the fault of a woman he knew for five years.

Since the allegations against him appeared, Depp has been in five major films, with Fantastic Beasts 2 coming out later this year. For all the talk of “how can he have a job,” well, how many of his movies have you seen? Audiences continuing to buy tickets still make Depp seem bankable. (Though some of his movies have tanked for being straight-up awful: remember Mordecai?) While I don’t begrudge Harry Potter fans who want to enjoy movies like the latest Pirates or Murder on the Orient Express in spite of Depp, I never saw the Fantastic Beasts film in theaters because he was in its final moments. Nor will I see the second one. Between the lack of on-screen gay Dumbledore and Depp’s involvement, what is there really for me?

But it’s not just Depp. When All the Money in the World was going through reshoots to replaced Kevin Spacey with Christopher Plummer, my first thought was, and while we are at it, let’s get rid of Mark Wahlberg too. Mr. “If I was there on 9/11 it wouldn’t have gone down.” Not to mention the hate crimes he committed in the 80s like yelling “Kill the nigger, kill the nigger” with a group of friends as they chased African-Americans. Attacking two Vietnamese men, on the same day, beating them so badly he was charged with attempted murder.

Despite only serving 45 days in jail, Wahlberg says that he’s “paid for [his] mistakes.” Even though he didn’t apologize for one of the men until 2016 and tried to get his felony conviction pardoned.

We give terrible men second chances all the time, along with the benefit of the doubt and room to grow. The reality is that if we call out Depp, Gibson, Wahlberg, etc. but still see their movies, then all we are doing is validating to the powers that be that people don’t care. If you boo Depp on screen, but then cheer and whoop when he shows up, that boo-ing means nothing.

For those of us to do work in reviewing and talking about pop culture and film, we, therefore, need to change the way we talk about people like Depp who have slid through the cracks and have been allowed to avoid any punishment.

Over the course of this weekend, I have been reading Gunn takes from people I respect. Those who are on the #RehireGunn train and those who are “there are no heroes in this war” side and I find myself mostly in the middle.

I think that Disney acted on behalf of forces that do not give one solitary fuck about rape or women’s rights but went after Gunn for his politics. I think that Gunn through his more recent apology and his brother’s testimony have shown that he has grown up since then. However, I still find the tweets pretty gross and uncomfortable. But most importantly, I find myself wishing that the same people who are this passionate about saving Gunn were this outspoken and organized about taking down terrible people. Or you know, prison reform, since we are talking so much about second chances.