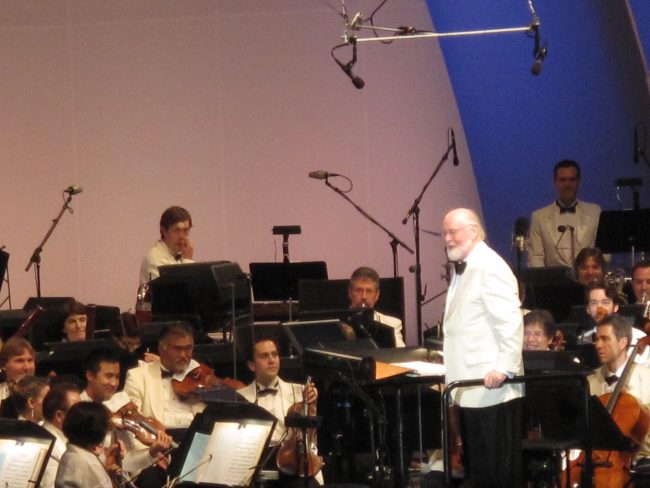 Somehow, John Williams—who composed the music for all of the Star Wars saga films—has never actually sat down and watched the final versions of those movies. That might sound shocking, until you realize how fast-paced the man’s career has been. He doesn’t look backwards at his past projects, instead choosing to look forward and focus on the movies he’s currently scoring.

It’s not like he composed all of the Star Wars music without watching the film’s scenes, anyway. That would have been impossible, since he needed to provide scores that would match up with the beats of each scene, so he saw rough cuts of the movie in order to figure out his compositions. He probably had to watch those rough cuts over and over until his compositions were just right, so one can hardly blame him for not feeling like he needed to circle back again.

Williams told the Mirror that it isn’t uncommon for him to not re-watch the final cut of a movie that he’s scored:

“I let it go. I have not looked at the ‘Star Wars’ films, and that’s absolutely true. When I’m finished with a film, I’ve been living with it, we’ve been dubbing it, recording to it, and so on. You walk out of the studio and, ‘Ah, it’s finished.’

“I’m not particularly proud of that, I have to say. But it’s also part of the fact that I finished ‘Star Wars’ now and I’m already working on Spielberg’s new film and I don’t want to listen to music or see films.”

It’s also interesting that Williams is implying here that, while working on scoring a particular film, he avoids all other movies and music in that time, choosing to only focus on the work he’s currently doing. That speaks to an incredible work ethic and level of dedication! Although he says he’s “not proud” of the fact that he’s never gone back and revisited all of the films that he’s scored, I think he can still be proud of the work that he’s provided for them by living inside of that movie and focusing on it so intently during the process itself. It’s not like he doesn’t have respect for the process; if anything, it sounds like the opposite to me.

As far as I’m concerned, he doesn’t necessarily need to go back and see Star Wars; he’s already gone through the most vital experience of the movie by composing it, thereby providing one of the best aspects of those movies. In the case of the prequels, I would say his score is definitely the best part.