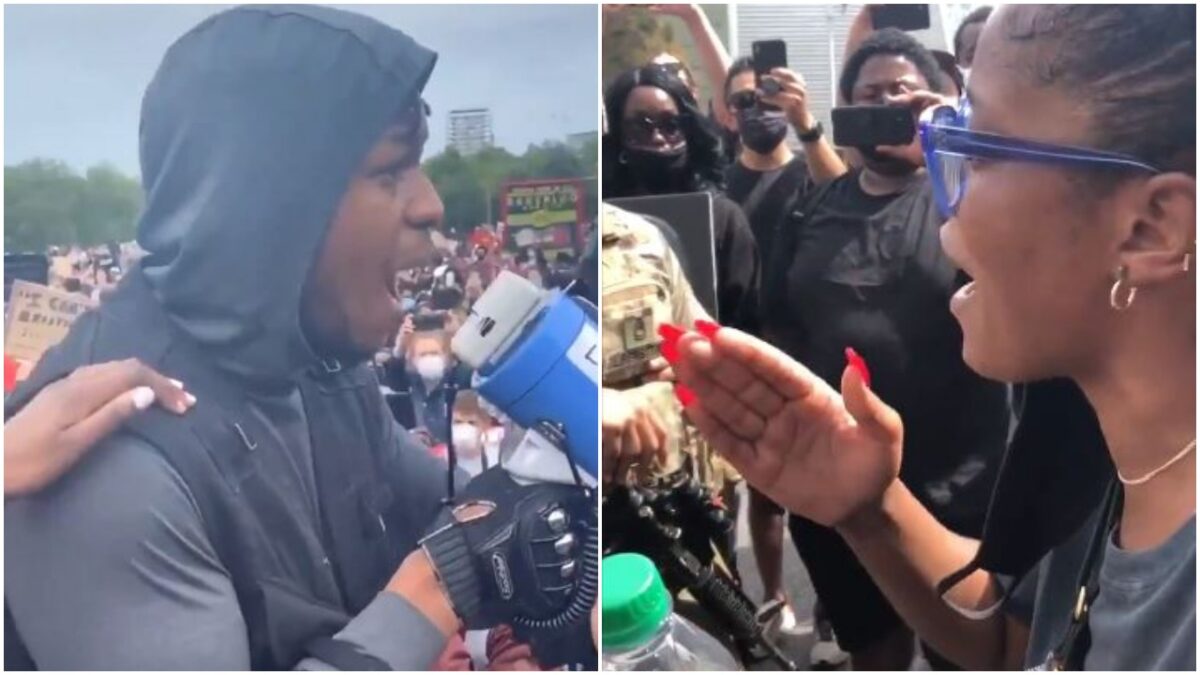 As the world marches for racial justice in the wake of the police murder of George Floyd, celebrities are joining the fight—and just like the rest of us, their responses range from the performative to the well-intentioned-but-useless.

But there are some celebrities who are using their fame for good—case in point: Keke Palmer and John Boyega. The Hustlers star took to the streets of Los Angeles for a powerful dialogue with members of the National Guard, while the Star Wars hero gave a rousing speech at Hyde Park in London.

Boyega urged the crowd, “Black men, we need to take care of Black women .. they’re our hearts, they’re our future, we cannot demonize our own. We are the pillars of our family.”

Watching @JohnBoyega speak at today’s BLM Hyde Park protest has made me so emotional. This man is so powerful & using his platform and voice for good. Look at him coming out for his people. We must protect him at ALL costs. ❤️✊🏿 #BlackLivesMatter pic.twitter.com/OIxJTtJr6Q

Meanwhile in Los Angeles, Keke Palmer had a real conversation with members of the National Guard:

Watch all of this. pic.twitter.com/YHq0QhXrnw

The soldiers offered to march to the intersection, but refused to leave their posts. Later, they kneeled to some applause from the crowd, while Palmer remarked, “It’s not enough for me.”

Later, in an Instagram post, Palmer expressed her frustrations and fears saying, “At 26, I’m looking out and witnessing a physical revolt, and it’s a revolt on a scale that I wasn’t sure I’d ever see. To those that may not be looking close enough, all they will see is looting, or people who don’t really care about the movement, or anarchy without a movement. But what I see is a society responding to the oppressor about how the oppressor has responded to us.”

I can’t keep it in. Writing down how i feels really helps me gather my thoughts. What are y’all feeling like? ❤️🙏🏾

She continued, “Racism is what the country was built on: Slavery, systematic oppression, then voter oppression, female oppression, poor education system so you’re intentionally uninformed, financial oppression, … Human beings can only take so much. American needs government reform that demand legislations and new laws that birth the future for our kids. We deserve a new system because the old one was created to oppress us.”

These powerful, passionate messages are deeply felt and resonate with everyone who hears them. Palmer and Boyega are part of a new generation of stars unafraid to speak out and demand social justice. Hopefully their words will inspire many more famous folks to use their platforms for good.