John Barrowman Thinks the Next Doctor Should Be a Woman, and We Will Not Argue With That 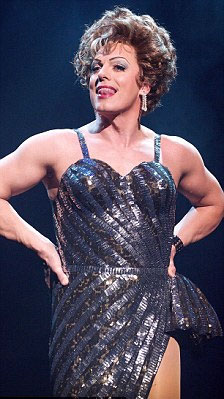 Barrowman had the following to say while promoting his pantomime show, Robinson Crusoe and the Caribbean Pirates:

“Listen, if Captain Jack can be an omni-sexual time agent and an assistant to the doctor, why can’t we have a female doctor?”

And then, on who could play such a role:

“… I always thought Catherine Tate would make a lovely female doctor, if they did something with her character, but I don’t know, I have no idea.”

And then, if absolutely no one else wanted the gig:

“Put me in a dress and I’ll be the female doctor.”

Heavens to Betsy, we are so on board with this. Between characters like Sarah Jane Smith (Elizabeth Sladen), River Song (Alex Kingston), the Doctor’s Daughter, and Donna Noble, why couldn’t the Doctor be a woman? Right after regenerating into the 11th Doctor, the Doctor wondered if he had become a woman, so surely, it’s a possibility. And if you’re going to try to debate the use of the word “Lord” when referring to a female Time Lord as opposed to “Time Lady,” then consider this: the Queen of England, Elizabeth II, is the Lord of Mann, the Lord Proprietor of the Isle of Man. If it’s good enough for Her Majesty, then shouldn’t it be good enough for the Doctor?

Come on, seriously — what better way to celebrate a show that’s been around for nearly 50 years than with a bit of diversity?

(By the way, yes — that is John Barrowman in drag. From when he played Zaza in the West End production of La Cage Aux Folles. And he is a very handsome woman indeed!)