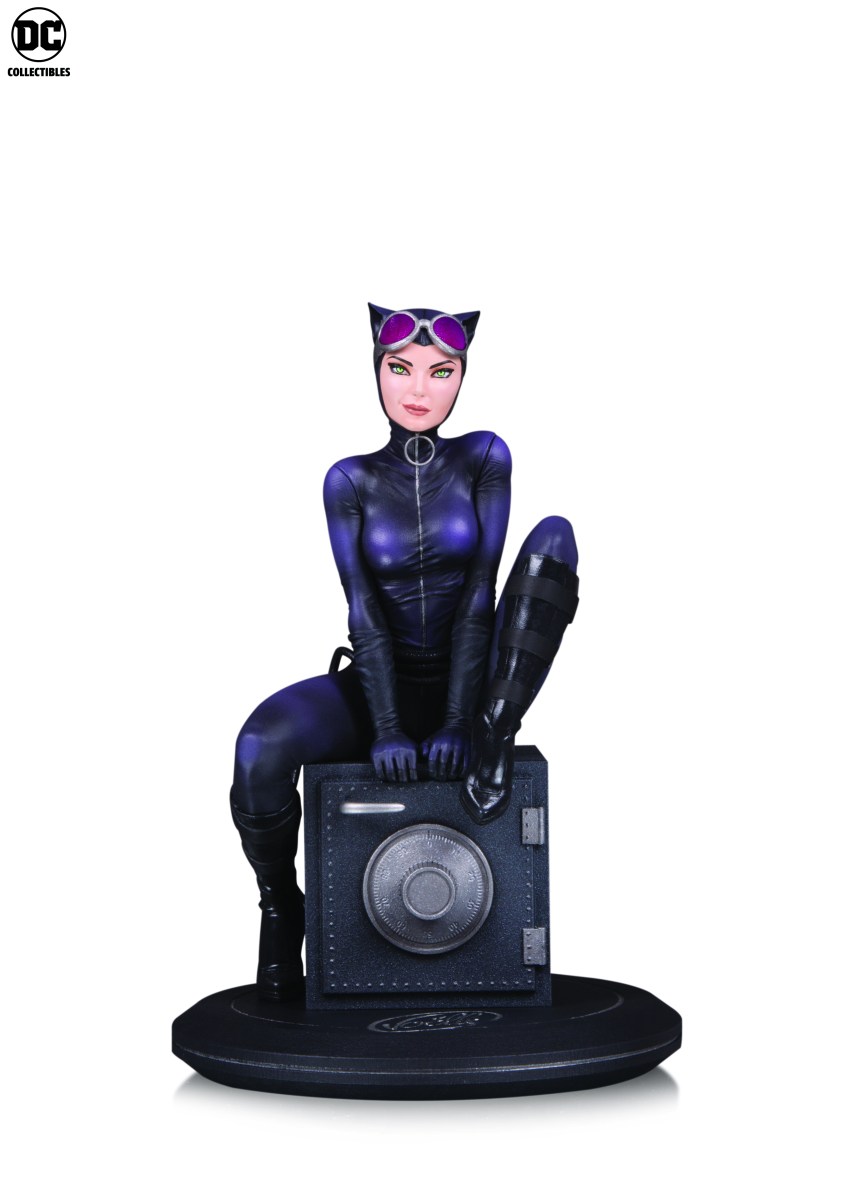 C2E2 is still going strong in Chicago, and geeks from all over the world are stocking up on all sorts of awesome swag and toys from their favorite fandoms. One of our favorite artists, Eisner-nominated Joëlle Jones announced yesterday during the DC Universe panel, that the mischievous Catwoman will be the latest DC character to star in her DC Cover Girls statue line by DC Collectibles!

This gorgeous 9’’ statue features Gotham’s City’s most devious cat perched on a locked safe, flashing her signature sly grin. Jones’ intricate character design will be brought to life in 3-D form by sculptor Jack Mathews and will be offered for $125.00. Sadly, we’ll have to wait until November to snag this beautiful statue, but that just gives us time to check out the statues that are currently available (if we haven’t already)!

Created in 2009, the DC Cover Girls statue line by DC Collectibles is inspired by the powerful women of the DC universe and has featured designs from many of the most talented artists in the comics industry including Adam Hughes and Stanley Lau. Joëlle Jones is the first female designer to take over the line and her collection of statues launched in March 2018 with the release of her unique take on Harley Quinn. 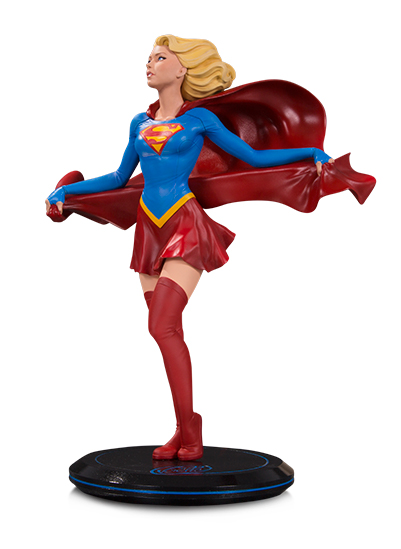 We have Supergirl to look forward to this month! Check out the beautiful statue above, inspired by Jones’ character design for Kara Zor-El in one of my favorite books last year, Supergirl: Being Super, written by Mariko Tamaki and colored by Kelly Fitzpatrick. DC Collectibles provided us with this 360 video so that we can enjoy seeing the statue “in flight.”

I mean, how gorgeous is that. I love the way Jones draws literally anyone. This Supergirl is also 9″ tall, and will be sculpted by Jack Mathews, going for $125. Meanwhile, DC Comics is releasing Supergirl: Being Super as one graphic novel, combining all the miniseries issues into one book. That goes on sale in comic shops on May 30th and June 5th everywhere books are sold.

Batgirl will be receiving the Joëlle Jones Cover Girls treatment this summer, when she’s released in August!

So, if you haven’t spent all your hard-earned ducats at C2E2 this weekend, you can use it to show love for your favorite female characters from the DC Universe.