Holy Joel Schumacher Had Another Batman Movie In The Works, Batman! 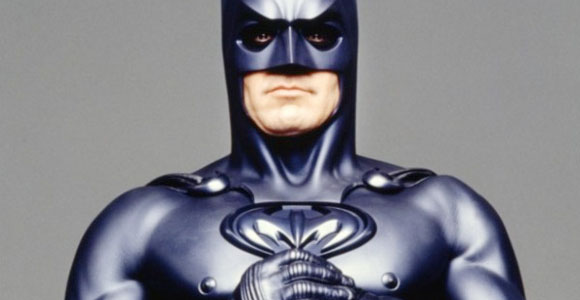 I’ll admit, I actually take enjoyment from Batman Forever and Batman and Robin. Not the same kind I take from Tim Burton’s Batman films or the Christopher Nolan ones but enjoyment nonetheless. But even I cannot handle this news. Joel Schumacher, director of the most hated Batman movies of all time, has revealed he had another in the works called Batman: Triumphant. And it was going to star Nicolas Cage. BRB, I feel compelled to shower.

Here’s the deal, Schumacher has been making the rounds promoting his new film Trespass (which happens to star Cage) and somehow got into the topic of Batman. The concept of his never realized Batman film? Cage would play the Scarecrow and use his fear toxins to make Batman see his old enemies. Theoretically, his plans would have included bringing back Jack Nicholson (who was still under contract) as the Joker to use in this capacity.

Schumacher also said he begged Warner Bros. to let him adapt Frank Miller’s Dark Knight Returns. “I was supposed to do a fifth one,” he told IndieWire. of his ideas, “but they wanted a family friendly, toyetic thing.”

About Batman and Robin, the director said he made “the wrong choice” but added, “I did my job. It was more family friendly and it sold a lot of toys, and it supported the Warner Bros. stores. But I did disappoint a lot of fans.”

Well, I did buy a Poison Ivy shirt from the Warners store before the movie came out but that’s neither here nor there. I’m happy Nicholson wasn’t forced to reprise his role, it was genius the way he left it, and I’m happier Cage never went anywhere near my precious Batman.