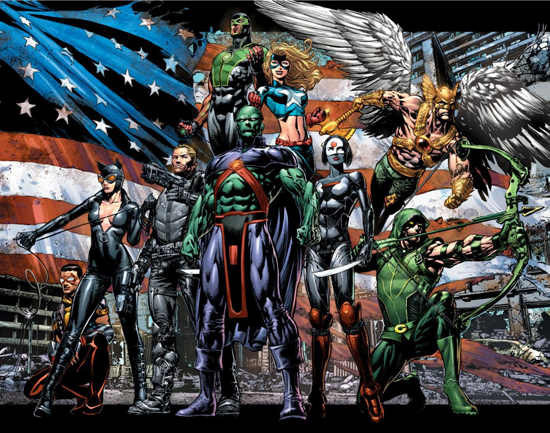 Comic books and variant covers go together like sandwiches and bread. Sure, comics could exist without them, but it just wouldn’t be the same. DC Comics knows this all too well, apparently. As part of the February launch of their Justice League of America title, the first issue will include 52 distinct variant covers. When they say “America,” they totally mean all of it. Each state will get their own variant, as well as Washington D.C. and Puerto Rico. Seriously.

There will [be] the initial “regular” cover of “Justice League of America” #1 — featuring an American flag — and then each of the variants will depict elements from each of the states. The sure-to-be collectible cover initiative will not be an “incentive” stunt for comic book retailers — every shop owner has the equal opportunity to buy every cover equally.

One of the reasons given for this decision is that they announced the title during an election year. As it actually releases next year, this seems pretty tenuous, but just roll with it. Maybe we’ll get a totally sweet Wisconsin cover featuring lots of cheese and beer.