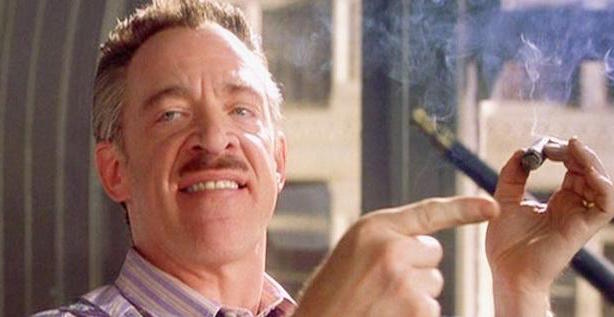 No! Our dreams of the best thing about the first Spider-Man movie trilogy (J.K. Simmons as J. Jonah Jameson) becoming part of the Marvel movie universe have been dashed! It seems Simmons will take a swing at DC next as Commissioner Gordon.

This is not a drill. Please hold all of our calls while we process.

OK, so we already weren’t expecting him to reprise his Spider-Man role for Marvel, but it’ll be hard to watch him play such a different character in another comic book adaptation—at first. Once we get over the shock, it’ll probably be great, because it’s J.K. Simmons.

The Hollywood Reporter broke the news that he’d been cast in Justice League Part 1, which begins shooting in April, following the debut of Batman v Superman. We look forward to seeing what he does with the role and what his chemistry is like with Batfleck.

And hey, maybe he can still find time to fit in some more Jameson for Marvel.