J.K. Rowling Finally Explains Why the Dursleys Hated Harry Potter so Much 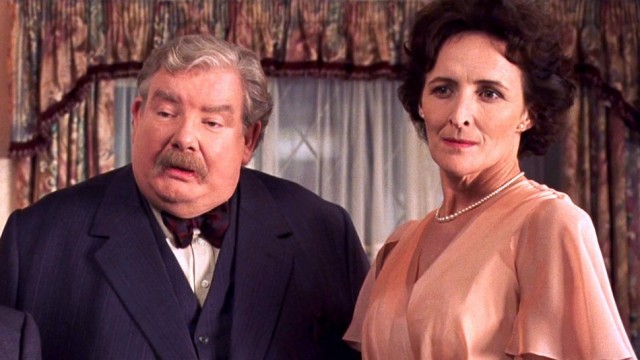 Harry Potter author J.K. Rowling has taken to revealing new details about the characters in her books through the Pottermore site—because hundreds upon hundreds of printed pages just cannot contain her genius—and she’s finally weighed in on a long debated topic: why the Dursleys hate Harry Potter so much. Sadly, it has nothing to do with that Horcrux theory.

If you’re the kind of fan who prefers to find the new info for themselves, you can head to Pottermore to click around a new interactive Deathly Hallows chapter and find out the new details for yourself, which include not only the reason the Dursley’s hated Harry but other tidbits about Dumbledore and Hagrid and what they meant to Harry.

As for the Dursleys, a convincing fan theory held that, because Horcruxes can influence those around them and Voldemort had made one out of Harry, the Dursleys’ dislike of him was exacerbated by Voldemort’s magic. But Rowling states that as for Vernon Dursley—true to form—he hated Harry for much more human reasons: he felt embarrassed by his father, James Potter, who Harry uncomfortably reminded him of.

Rowling wrote that when Vernon met the Potters,

James was amused by Vernon, and made the mistake of showing it. Vernon tried to patronise James, asking what car he drove. James described his racing broom.

Vernon supposed out loud that wizards had to live on unemployment benefit. James explained about Gringotts, and the fortune his parents had saved there, in solid gold.

Vernon could not tell whether he was being made fun of or not, and grew angry. The evening ended with Vernon and Petunia storming out of the restaurant, while Lily burst into tears and James (a little ashamed of himself) promised to make things up with Vernon at the earliest opportunity.

The explanation may be a bit more mundane and obvious than “It was black magic!” but it’s certainly true to the characters, which is important to Rowling. Among the other details, she also explained that she might have wanted Aunt Petunia to show a kinder side to Harry in the end, but she decided that wouldn’t line up with her character throughout the entire run of books so far.

So what do you think? Is that pretty much what you’d always imagined, or do you have your own explanation?