J.J. Abrams in Talks With Valve About Half-Life and Portal Films 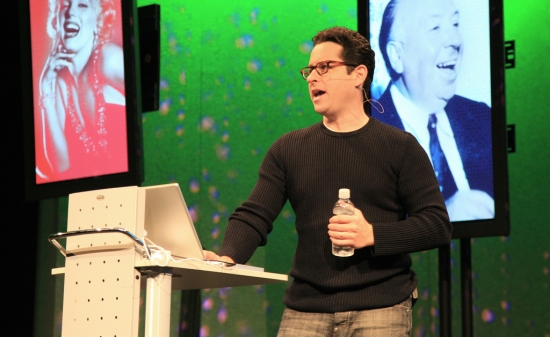 In his continued attempts to control everything we love, today J.J. Abrams said he’s in talks with Valve co-founder Gabe Newell about bringing Portal and Half-Life to the big screen. These talks are in the very early stages, and a lot can happen to derail the projects, but Abrams has said, “Both a Portal and Half-Life movie are things I want to see.” Us too, Mr. Abrams. Us too.

This may come as a surprise to anyone who has heard Newell talk about the possibility of a Half-Life movie in the past. After the game was released, Valve had multiple pitches coming in from studios and directors, but Newell said they didn’t understand what was good about the game. He called the pitches “brutally, the worst.” If past game-to-film adaptations are indication, I believe him when he says they were terrible. Looking at you, 1993 Super Mario Brothers.

Abrams seems to be aware of the stigma that video game movies have as well:

We’re also aware of the cautionary tales of movies that became games and vice versa. Our goal here to is to treat the world Valve has created in both these properties like anyone would a book or some great story that comes from a pitch or original script — just to treat it with the respect they treat their games and their players with.

It sounds like both sides are taking this idea very seriously and really want to see it happen. They’re looking at writers now, and Abrams said the project is “as real as anything in Hollywood ever gets.”

In addition to talking about bringing Valve games to the big screen, Abrams is also talking to Newell about collaborating on a video game. It sounds like we’re going to see a lot of output coming from these two hanging out, and we’re really pretty excited about the whole thing.

(via Polygon, image via jurvetson)