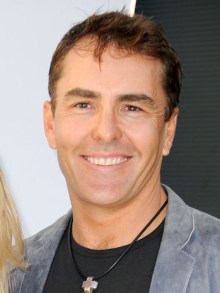 You may not know it, but you like Nolan North. He provides his voice to basically everything nowadays, but most importantly, Uncharted’s dashing, charming, incidentally genocidal hero, Nathan Drake. If you don’t like Uncharted, he provides the voices for a bunch of the things you like from Portal 2 that aren’t GLaDOS, and also voices the Prince from the 2008 Prince of Persia, and also Desmond from Assassin’s Creed. I’ll stop now. The point is, J. J. Abrams really digs Uncharted, so he put Nolan North in his upcoming Star Trek sequel.

North reveals exactly how he landed the small role in the upcoming probable blockbuster:

“The reason I did that movie – it’s a very small role – but it’s because he and his son are huge fans of Uncharted. I met him doing some work on Super 8 and he said ‘We’re doing Start Trek, you wanna do it?’ And I said I’d love to.

He’s a huge fan of gaming and he was telling me how people just don’t understand [the medium] yet, but they’re going to catch up. They don’t understand how amazing this technology is and it doesn’t get the respect it deserves, but if it keeps making the money it makes you’re going to see more and more people converted.”

Star Trek 2 is set to hit theaters next May, now featuring more Nolan North than ever before.