Jimmy Olsen Had a Surprising Cameo in Batman V Superman

And honestly, I'm still seeing red over it. 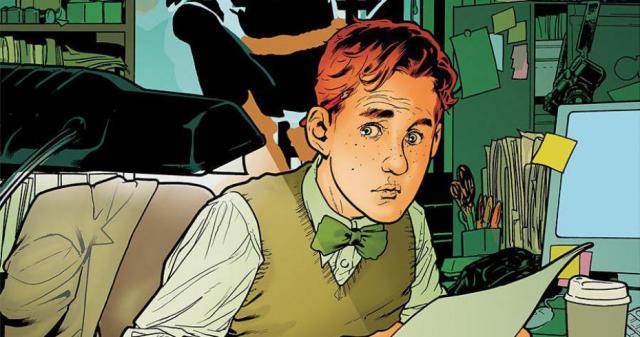 This goes without saying, but spoilers within for the plot of Batman V Superman: Dawn of Justice. If you haven’t seen the movie yet, turn back now!

Yes, Jimmy Olsen does appear–although he’s never introduced by name, Entertainment Weekly did a little sleuthing and learned that he’s actually played by Michael Cassidy… and the scene Cassidy is in might pack even more of an emotional punch for moviegoers if they knew who he really was. I won’t go into too much detail, but let’s just say it’s the scene with those African warlords.

Apparently, the decision to sacrifice Jimmy Olsen was a deliberate decision by Zack Snyder, but (ugh), I’m still seeing red over his justification for it:

We just did it as this little aside because we had been tracking where we thought the movies were gonna go, and we don’t have room for Jimmy Olsen in our big pantheon of characters, but we can have fun with him, right?

You don’t have room for a much-beloved character in the universe, so rather than keep him out of the story altogether you decide to kill him off in one of the most brutal ways possible? I can’t. I cannot even. And this doesn’t even begin to cover the bleak. According to EW, the R-rated director’s cut will actually include a scene where Olsen introduces himself, by name, to Lois Lane as they prepare to go on assignment together. Sigh.

The other interesting detail is that Snyder says Jesse Eisenberg was under consideration to play Jimmy Olsen–until, long story short, he thought, ‘Hey, here’s a crazy idea. How about we cast this guy as Lex Luthor?’ Another actor who had been under consideration for the role was Breaking Bad‘s Bryan Cranston. Now there’s a Lex I’d be interested in seeing over… whatever kind of creative choices Eisenberg is making.

For those of you who have seen BvS already, did being unaware of Olsen’s true identity remove that emotional impact from the scene? Or do you think it would have been more heartbreaking for the audience to know who that unfortunate guy really was?