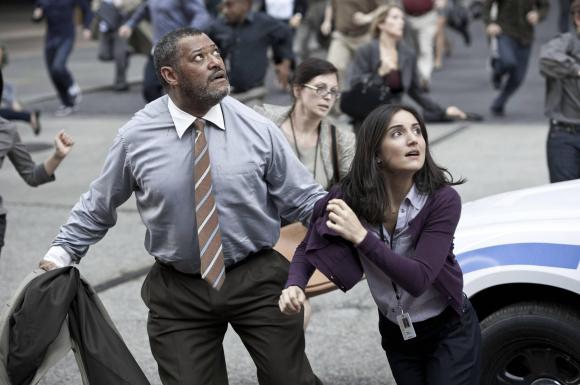 It appears that actor Rebecca Buller may not be playing Jenny Olsen, as we thought, but an assistant by the name of Jenny Jurwich, based on evidence from a higher quality image of a Man of Steel shot.  Zooming in on Buller’s ID badge in this Man of Steel shot reveals that the character of Jenny, previously suspected to be a gender bent version of Daily Planet employee Jimmy Olsen, is not an Olsen.  Click through for the close up image.

Initially, we were given hope that Jenny might be a female Jimmy, in the form of Man of Steel writer David S. Goyer‘s refusal to comment on the rumor, implying that perhaps it was a secret worth keeping, which it still might be.  Unfortunately, while it would have been nice to see a female Jimmy Olsen, this rumor has been shaky for a while, and we saw it debunked in May with the news that Jenny Olsen may have been Jimmy Olsen’s sister.  However, now it appears that there is no hope for the Jenny-as-Jimmy theory, as the two characters now don’t even share a last name. 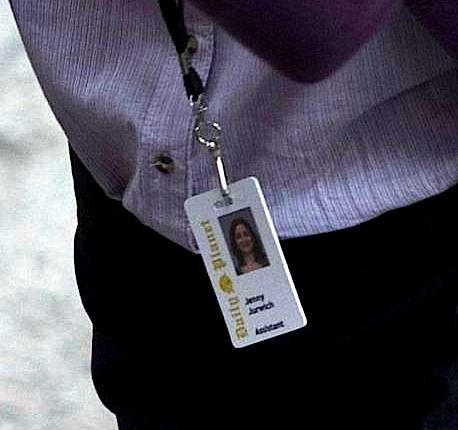 While this new evidence is the last nail in the coffin for the Jimmy Olsen gender bending rumor, we still have a new, and now completely unknown character to look forward to in the film.  While Jenny isn’t a known character, she could still be an exciting character independent of her status as an Olsen, perhaps even one who fills the same narrative role: the cub reporter who admires Lois Lane and becomes Superman’s best friend.  The only real way to know is to see Man of Steel when it comes out later this month.