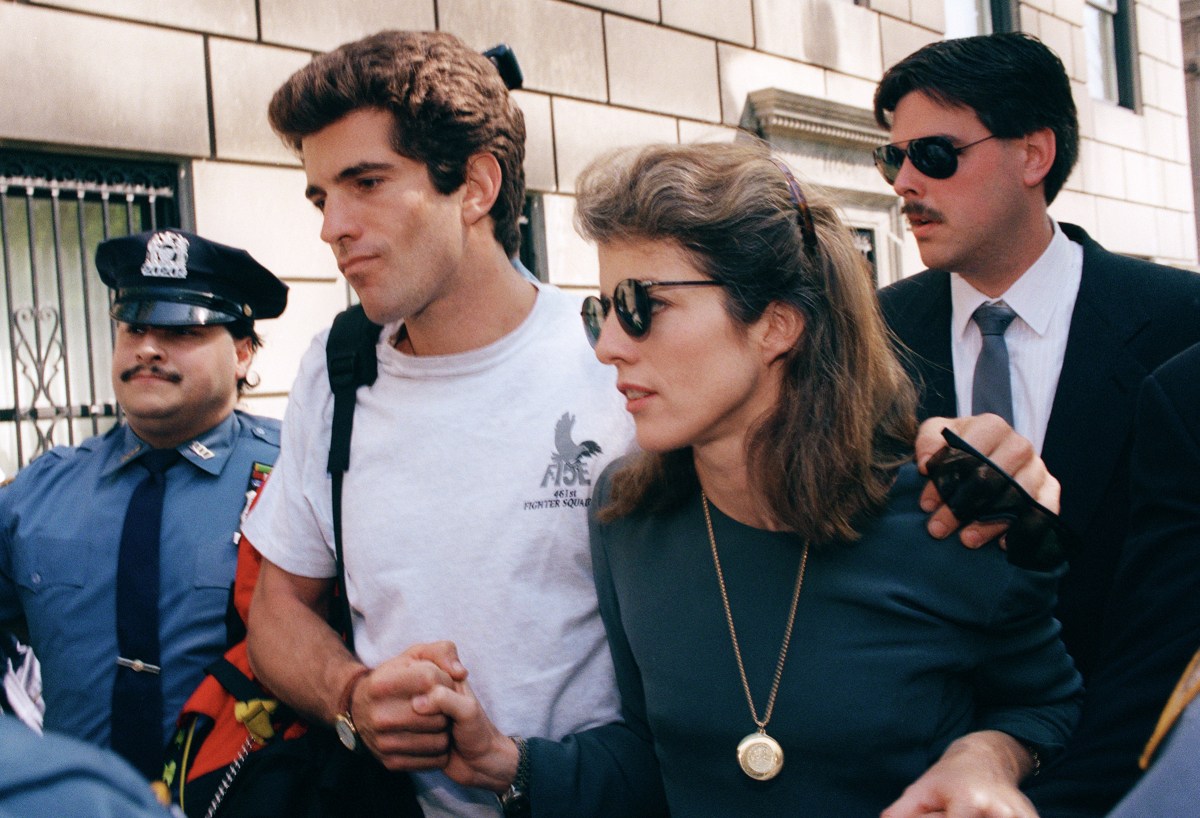 Trump supporters are now saying that John F. Kennedy Jr. faked his own death and is going to Trump rallies to support the president.

A popular theory among the absolutely absurd QAnon conspiracy theory believers is that JFK Jr. isn’t dead. Supposedly, he’s been hiding out in Pennsylvania these last few decades and now is a huge Trump Supporter … should I put that gif here again?

The reason this theory became particularly notable this weekend is that people thought that Trump was going to reveal not only that JFK Jr. was alive and well, but that he was replacing Mike Pence as his VP, at a rally in Texas. Not only did the rally not exist, but neither does JFK Jr. anymore, for that matter.

In 1999, JFK Jr. and his wife Carolyn both died in a plane crash, with JFK Jr. in the pilot’s chair, on their way to Massachusetts. Despite only being 7 at the time, I remember this well because my mother is in love (still) with JFK Jr. and was very upset over this news. But, sadly, the crash was real, and JFK Jr. has been dead for over 21 years.

For whatever reason, the Trump supporters who believe this QAnon nonsense think that JFK Jr. chose now to come out of hiding to support Donald Trump. I’ll let you stop and laugh about the idea of a Kennedy (okay, except this one) supporting Trump.

Okay, moving on. This theory is so widely spread that they’re openly talking about it at rallies and think that he’s alive, but racism isn’t real? Someone please save me from this Hell we’re living in.

Many on Twitter were mocking this theory because … well, JFK Jr. has been dead long enough that the anniversary of his passing is legally allowed to drink.

Having drinks with JFK Jr. So fun. He says when he replaces Pence on the ticket he’s gonna advocate for DC & PR statehood, electoral college reform, and . . . easier triggering of the 25th amendment. I’m just the messenger.

Sadly, JFK Jr. is dead, and if he DID fake his death and go into hiding, the last person he’d vote for is Donald Trump. I’m sorry that the American education system let you down this much that you think any of those Kennedys would support Trump. May I suggest you read a book about Bobby and John F. Kennedy and gain some perspective on the Kennedys and their political ideologies?