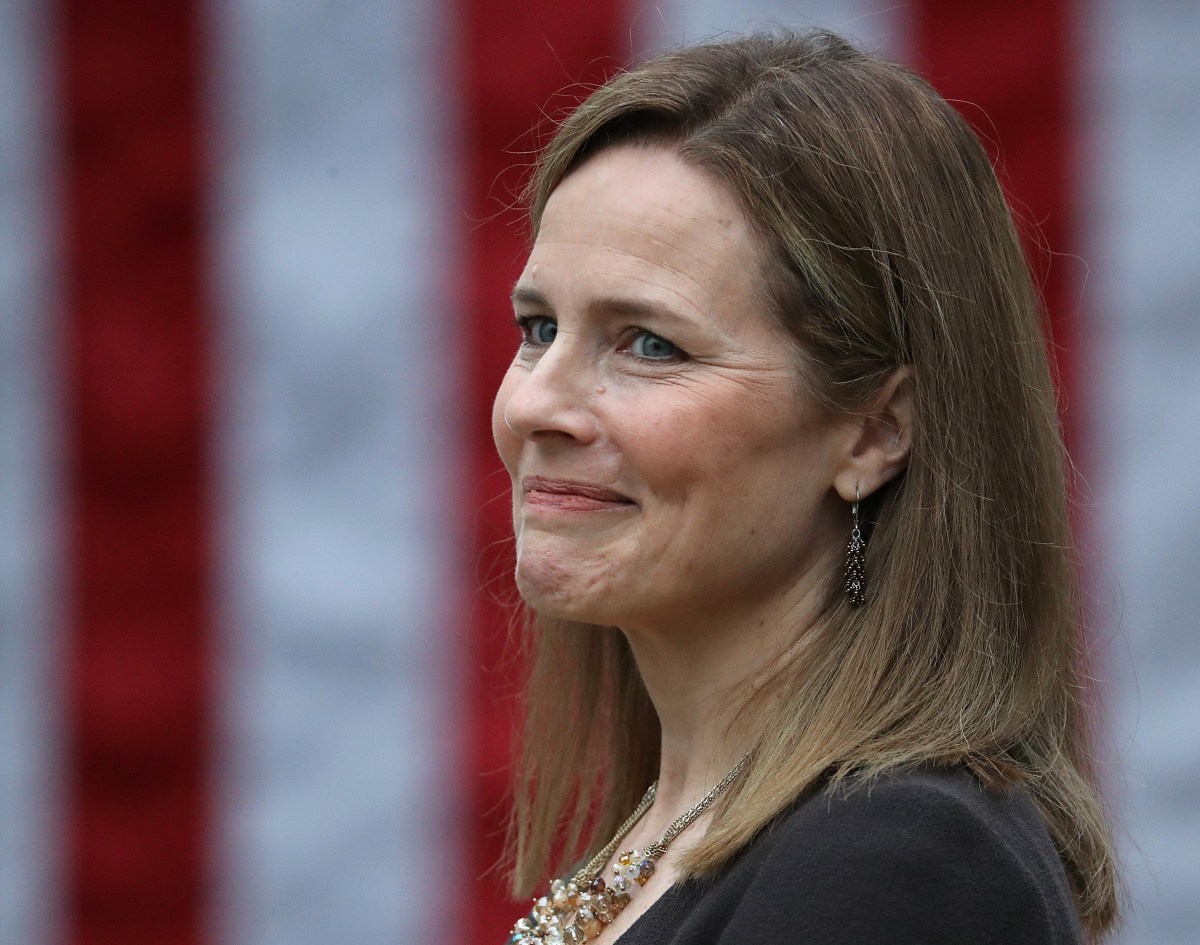 Asking a woman who does the laundry in her house in a job interview sounds like something the men at Sterling Cooper would ask their secretaries on Mad Men, and, even then, they’d quickly be shot down by the women around them. Instead, it’s a very real thing that happened at a Supreme Court confirmation hearing in the United States Senate for Amy Coney Barrett, in the year 2020.

While not the worst thing to happen out of this baffling hearing situation, it is worth noting that Barrett laughed off the question despite how problematic it actually was. Sen. John Kennedy (a Republican and a man whose name I’m going to be forever mad about) asked the question as his wrap-up remark, and Barrett responded, “We increasingly have been trying to get our children to take responsibility for their own, but those efforts are not always successful.”

It’s a gross question, but even the way he asked it doesn’t sit right with me. Tapping his hand on the table, seemingly thinking about it. It’s clear he just couldn’t help himself but think about home life when questioning a woman, and so help me god, if I hear about her family one more time …

Remind me: Did any Senators ask Justices Gorsuch or Kavanaugh who does the laundry at their homes during their confirmation hearings?pic.twitter.com/QhbMVVSPXB

Here’s a hot take: I do not care about Amy Coney Barrett’s family. To be honest, didn’t care about my love Ruth Bader Ginsburg’s family, either. I care about their policies, and Barrett’s going to, seemingly, send us into the world that Margaret Atwood created. Because, if you didn’t know, Amy Coney Barrett is one of the five judges who tried to say that a law mandating the burial of fetal remains in Indiana might have been constitutional. (You know, that thing where aborted fetuses are given funerals and no one seems to care about the mental wellbeing of the mother in that situation because it’s a state-mandated idea of “grieving” for mothers who miscarry or have problems while carrying their children. So you know, it’s f**ked up.)

It’s yet another frustrating moment in a hearing where Republicans have tried to be “cute.” Remember 8 years ago (meaning two days ago) when Barrett held up a piece of paper that was blank saying she had “no notes” for these hearings?

These all feel like misguided stunts by Republicans to get Democrats (and let’s be honest, specifically Democrat women) to like Amy Coney Barrett. And guess what? You can line up all the stunts in the world you want. I still don’t like her because I don’t want to be a f**king Handmaid.

This hearing is being rushed because they fear Trump losing the election and having a liberal judge replace RBG, which … guess what. For a LIFETIME APPOINTMENT TO THE U.S. SUPREME COURT, there should be a better way of doing this. Instead, we have people like Mitch McConnell trying to court pack and then blame Democrats for wanting to do that (someone please explain THAT logic to me), instead of anyone thinking about what’s in the best interests of the American people.

This entire situation is frustrating and upsetting, and I guess we’re supposed to see gross things like Sen. John Kennedy’s question and laugh, but I’m just so tired.