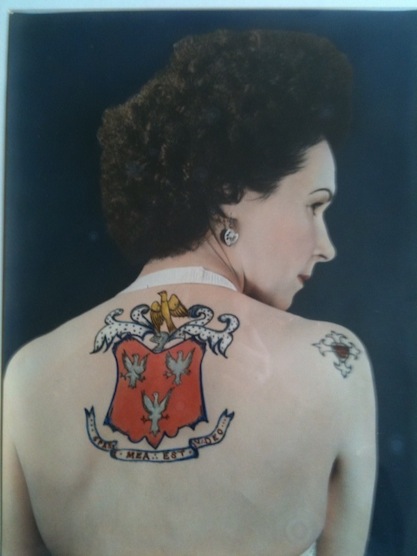 Jezebel has put a well-deserved spotlight on Jessie Knight, who was Britain’s first female tattoo artist and had a very successful career from the 1920s through the 1960s. Her father was a tattoo artist, but instead of studying under him, she took her own route (starting work at Charlie Bell’s) to becoming a legendary artist in her own right. And the subject of a high school term paper that I totally should have written.

There isn’t a lot of information about Jessie Knight online (the top pic comes from a Tattoo News forum and shows off her family crest), but if there’s a part we can play in introducing her and her groundbreaking career to others, we’re going to do it. One thing we do know that is pretty awesome: before becoming a tattoo artist, she helped out her father in his sharp shooting circus act. That did not last very long.

Her job being to stand before him so that he could hit a target that was sometimes placed on her head or on an area of her body. Which of course was fine until one night it all went horribly wrong when he accidentally shot Jessie in the shoulder?

Maybe that’s why she went to Charlie Bell’s.

Here is another pic of Knight at work on a client, who is expressing how getting a tattoo really feels. Or possibly just hamming it up for the camera, since only a really tough lady would be getting inked during WWII. 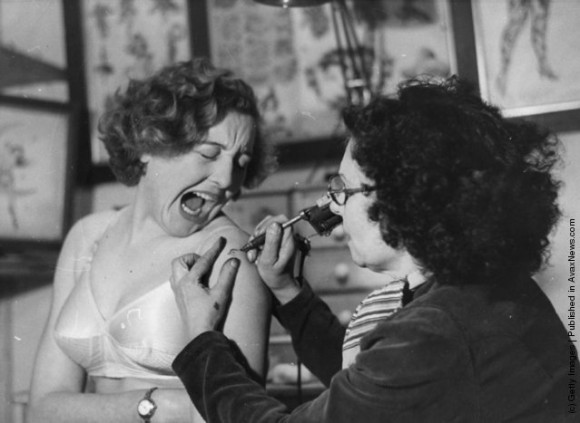 Here is a shot of the satisfied customer. Her swallow tattoo was part of a military event in Aldershot, Hampshire, England, where Knight opened her first shop. She later moved into the back of an arcade and conducted her business there. 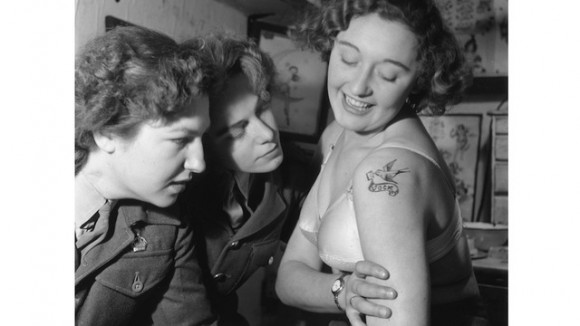 Yes, Virginia. Women did get inked during more conservative times, when no one would think they’d do such a thing. 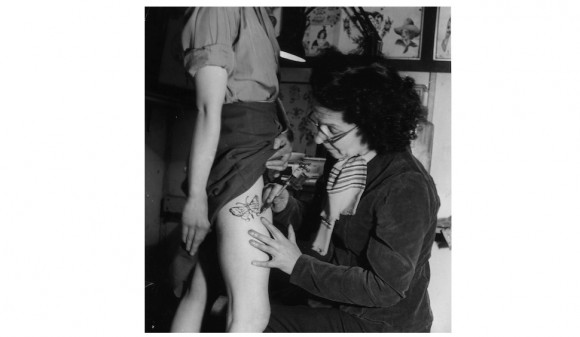 Knight shows off her own work. She officially retired in 1963, but according to a commenter on the forum mentioned above, she tattooed until at least 1965: “Before she did my eagle on my chest in 1965 she lit a match and showed my the flame and I asked her why she was doing this and she told me I do this to show you that I have a steady hand even at my age. She never used a plastic format like they did in Canada because the [tattoo] on my chest was done free hand which is quite amazing.” 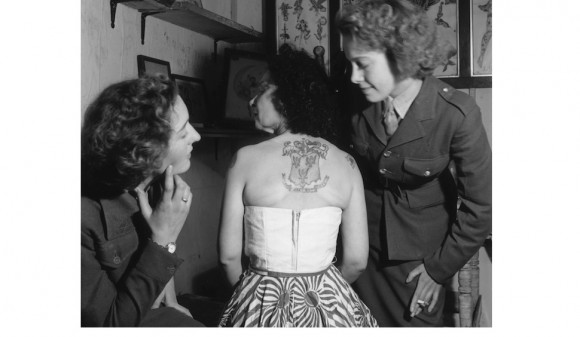 Amazing, indeed. This painted lady just found a new hero. We’ll close with a video of Knight in action: