Jessica Jones Showrunner: Female Friendship is the "Core Relationship" of the Show | The Mary Sue

Jessica Jones Showrunner: Female Friendship is the “Core Relationship” of the Show 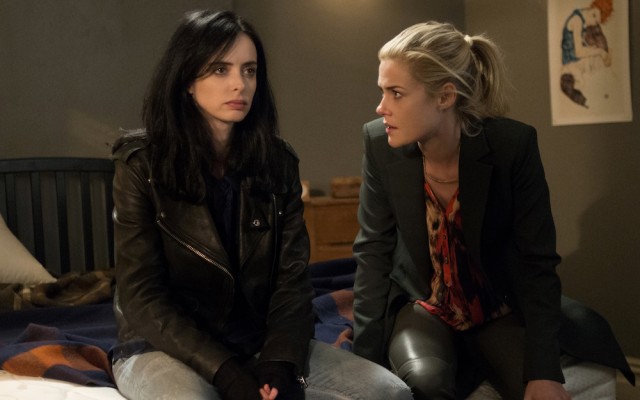 Now that season two of Jessica Jones has been confirmed, we still have to wait a little longer for it–especially since it’ll be preceded by the release of Luke Cage, Iron Fist and The Defenders before season two even gets around to filming next year. Since all of those shows have to be plotted out, written and filmed way before season two of JJ, it explains why we haven’t heard much from showrunner Melissa Rosenberg–it’s probably because they’re still deciding the exact timeline of events and where season two will fit in.

Now, Rosenberg is revealing a little more about season two of Jessica Jones–including the possibility that we might see several villains next season. In an interview with Entertainment Weekly, Rosenberg confirmed that they won’t be going the route of another Kilgrave–mostly because they don’t want to try and top David Tennant’s performance.

As for an established relationship that will be getting a lot more focus in season two, Rosenberg says there’s one that she wants to delve into:

We’re big fans of Trish Walker over here at TMS–and based on rumors, Rachael Taylor may be appearing in The Defenders, which I personally would love to see. It’s great to hear that her friendship with Jessica will continue to thread through the show into its second season.