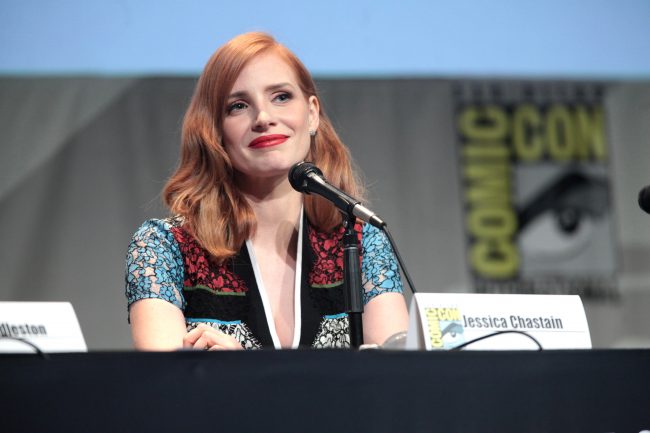 It’s no secret that Donald Trump and his Legion of Misogynists have it out for Planned Parenthood under the excuse that the organization provides abortions, despite the fact that no federal money goes toward said service and that its primary use is to offer affordable healthcare. If only they could listen to women like Jessica Chastain, who explains why the organization is so vital to women, especially those who don’t make much money.

“That’s where I got my birth control pills,” the actress explained to Variety. “That’s where I learned about sex education. It was a very important place to me.” And many others like her. My first experience with sex education was sitting in my elementary school cafeteria with my classmates and watching the worst slideshow that featured images of STI-riddled genitalia. That scare tactic made me afraid of sex for the longest time and enforced a damaging image about a natural act.

Chastain continued: “I’m the first woman in my family not to have a child as a teenager. I’m the first one to go to college. When my grandmother was younger, she didn’t have access to birth control or sex education. My mom, the same thing. It’s very important in our society to protect women who financially don’t have the means to pay for healthcare, and Planned Parenthood does that.”

We need places like Planned Parenthood that will explain not just ways to prevent STIs and pregnancies, but also how our body works so that when something is off, we catch onto it early. Abortions only account for 3% of its services. That other 97% is for things like breast cancer screening, STI testing, health examinations and more.

So for anyone who actually cares about women’s health, they’d understand that Planned Parenthood is essential. But I’m gonna go out on a limb and say this push to get rid of the organization has less to do with saving babies and more to do with the continued subjugation of women. Otherwise, these male politicians would have taken the time to understand the female anatomy before imposing such ridiculous and harmful legislation.

“I’m absolutely worried that if we don’t support Planned Parenthood and healthcare for women, we’ll head backward,” Chastain added. “I guess I’m not surprised by the war on women’s healthcare. I think it’s something I’ve seen for the majority of my life.”