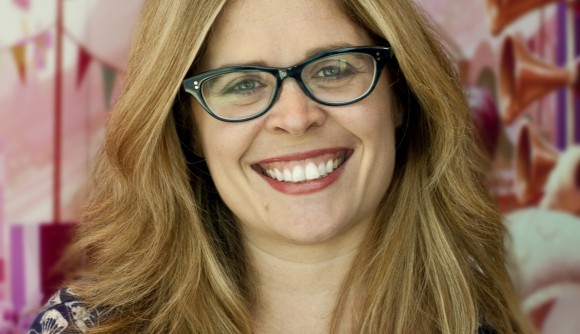 For a while now I’ve been keeping my eye on Frozen, Disney’s upcoming animated film loosely based on the Hans Christian Anderson fairy tale The Snow Queen. (What was that Disney said before about not doing any more fairy tale movies? Guess they changed their minds.) It already had one director, Chris Buck, who has decades of experience in character design and animation and also co-directed Disney’s Tarzan. Now Deadline is reporting that Frozen has a second director: Wreck-It Ralph co-writer Jennifer Lee.

Lee doesn’t have any directing credits yet, but producer Peter Del Vecho gives the relative newcomer a ringing endorsement, saying:

“Jenn has a real connection to the film and creates dynamic and relatable characters. Her sense of comedy, adventure and story structure paired with Chris Buck’s vast experience and incredible instincts create an ideal situation for this film.”

So now we have a film with a female co-director, a female heroine (Anna, voiced by Kristen Bell), and a female villain, the Snow Queen (Idina Menzel). Of course, having a female villain isn’t all that weird in a Disney movie, but this villain happens to be the sister of the main character, which means we’ll probably get more in-depth character development than just “BWAHAHAHA I will kill you because you’re prettier than me and/or because you father pissed me off once and also because I’m evil!” (Plus, Idina Mendel isn’t lacking in experience playing sympathetic witches.)

Having co-directors on an animated film is by no means uncommon; feature animation is such a long process involving so many different elements that having a two directors, each of them collaborating with each other yet working on separate parts of the film, is often necessary. The pairing on this film of a highly experienced director with a quality storyteller praised for her directorial vision has definitely made me even more excited about Frozen than I was before.