Jennifer Lawrence On For Sequels, Gary Ross Not Directing | The Mary Sue 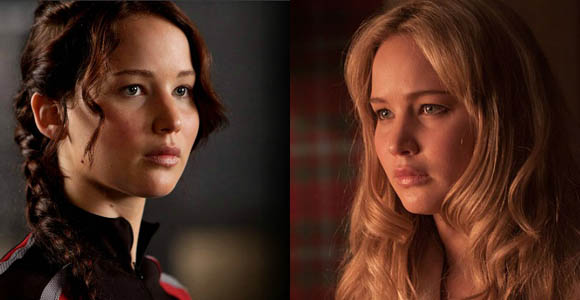 Who would win in a fight, Katniss Everdeen or Raven Darkhölme (Mystique)? Turns out, we never have to find out. News of filming schedules has been released and actress Jennifer Lawrence is going to be able to appear in both the X-Men: First Class sequel and Catching Fire. We also just found out that The Hunger Games director Gary Ross will not be returning to the franchise.

Ok, first things first. The Playlist is reporting that Ross is definitely not on board for Catching Fire. Here’s what they had to say:

Though recent trade reports have spun the story as being an issue mostly about money, that’s pretty much a small part of the motivation. Ross has never been a filmmaker that repeats himself (going from satire in “Pleasantville” to horse racing drama in “Seabiscuit” and action in “The Hunger Games”) and we’re told the burning desire simply isn’t there to spend another couple of years with Katniss in the Capitol (evidently, he also liked the first book best).

Kind of a bummer in my opinion, I think Ross did a great job on the film and I prefer franchises to have a cohesive look to them. As much as I love the Harry Potter films, I hate that so many of them are different visually and tonally. Can you imagine if someone else had directed The Dark Knight besides Christopher Nolan?

In other news, Lionsgate and Fox have settled on a shooting schedule that will allow their mutual star to be in both of their sequels. The Hollywood Reporter writes, “Sources tell The Hollywood Reporter that Fox is informing talent agencies Thursday that the studio plans to begin shooting its in-development sequel to X-Men: First Class in January. That means Lionsgate could move forward with an August-September start date for the Hunger Games sequel Catching Fire without a conflict for Lawrence, who is set to star in both.”

Catching Fire already has a release date of November 22, 2013 but that was in jeopardy if Fox, who has Lawrence signed first, decided to film at a different time. Now the search begins for a new director for Catching Fire? Have anyone you think could do the job well?

(via Empire, The Playlist)