Jenna Coleman Still Not Confirmed for Next Season of Doctor Who 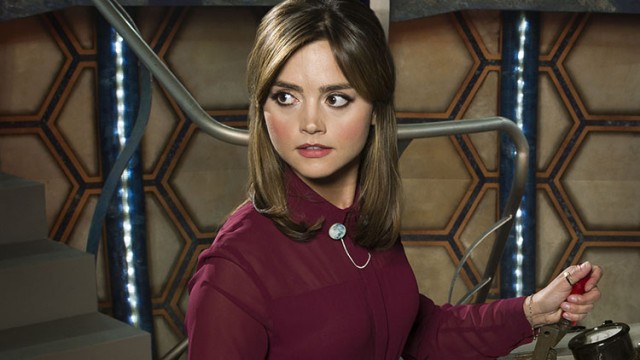 But Peter Capaldi is confirmed. Hmmmmm. Curiouser and curiouser.

Recently at an event in London to celebrate the DVD release of Doctor Who’s eighth season, showrunner Steven Moffat let slip that while Peter Capaldi is signed up to return to his role as the Doctor in the next and ninth season, Jenna Coleman’s return has not been made official yet—thus adding more fuel to the rumors that she might be leaving the show.

It’s possible that the reason for the delay is that contract negotiations are simply taking longer with Jenna than they did with Capaldi, which would also make sense—after all, given how much Capaldi’s done for the show so far (and how much merchandise they’ve probably already made with his face on it), the BBC is probably much more willing to give him what he wants out of a contract than they are with Coleman. But it’s still odd that we haven’t heard anything concrete yet one way or the other. Is it possible that the show is planning some kind of surprise exit for her and doesn’t want to confirm or deny anything that will damage their plans?

Either way, we do know that Coleman will be returning for the Christmas special at the end of this year. And we learned something new about Capaldi in the meantime: the actor mentioned at the Q+A that he was once up for the role of the eighth Doctor in the 1996 film TV reboot, but he turned down the audition for fear of rejection. “I loved it so much that I didn’t want to have the disappointment of going for something that I would never get,” he said.

Well, looks like it worked out for the best—the role went to the fantastic Paul McGann instead, and now we get even more Capaldi Doctor than we would have gotten otherwise. Hooray!