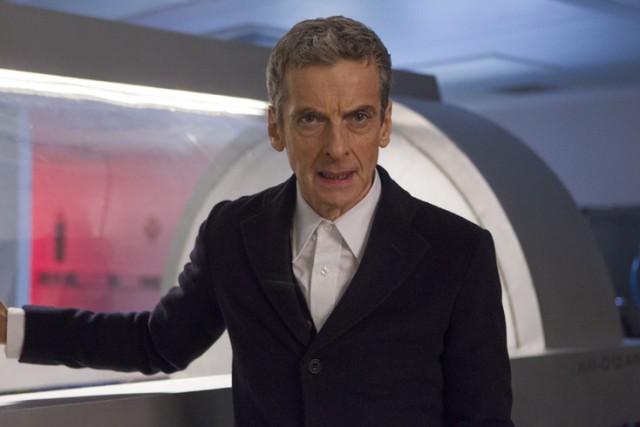 Plus, he also has some interesting excuses for why the ratings this season might have dipped in comparison to previous years.

Earlier this week at a earlier this week at a Royal Television Society event, Moffat spoke to members of the press about how Doctor Who is always constantly changing from what it used to be, which is what keeps people coming back for more. From Radio Times: “A show dies when it’s reliable like a pair of old slippers,” he explained. “If any reviewer says that about a show that show is gone within a year. Shows die when people say: ‘Oh, it’s quite good. I quite like it.’ And the ‘new show’ is old now, so this had to be a reinvention.”

It’s worth pointing out that the word “quite” has a much different and less enthusiastic connotation over in the UK than it does when Americans use it (we tend towards saying it as a synonym for “very” and they use it as one for “kind of”), but still. Shows aren’t interesting when people say they like them?… That… explains so much.

Part of what’s making the show interesting this time around, Moffat added, is that the audience feels they can’t quite trust Capaldi’s darker, gruffer, Doctor yet. “If people say: ‘I’m appalled by the new Doctor!’ I say: ‘Yeah, yeah, and you’re watching it every week.’”

And as for that ratings dip? He chalks it up to an increase in DVR and iPlayer viewing: “Indisputably, without doubt, exactly the same number of people watch Doctor Who now as they ever did. There is no drop off in the ratings but the way people watch it has changed. They watch it on catch-up to a far higher degree.”

I would argue that an increase in DVR watching might also not be the best thing either—after all, people who are more excited (or worried about spoilers) are much more likely to watch something live rather than just wait for all the hubub to die down—but he’s definitely got a point about TV viewing habits changing at a more rapid pace.

What do you think? Did Capaldi’s newness change the show for the better?