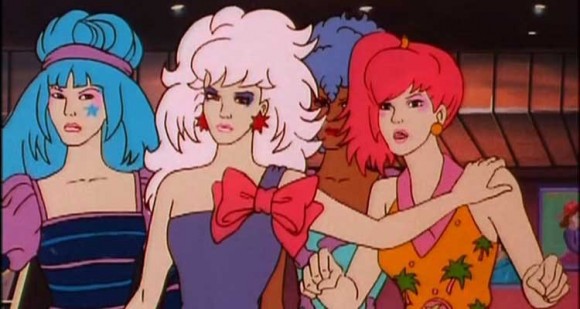 On Thursday, we shared the news that Jem and the Holograms is getting a live-action, modern-day movie. The response among our readers was…cautious. To say the least.

Here’s some fuel to add to your skeptical fire: Christy Marx, creator of the original series, won’t be involved in production.

In a post on Facebook, Marx stated that she had “no inkling” that a Jem movie was in the works until a few days before the official announcement. She was contacted first by a Hasbro PR representative, then later by Jon M. Chu, the film’s producer. Though Marx expressed appreciation for these conversations, she was also understandably upset.

Many people wonder how I feel about it. I don’t think I can hide that I’m deeply unhappy about being shut out of the project. That no one in the entertainment arm of Hasbro wanted to talk to me, have me write for it, or at the very least consult on it. I wouldn’t be human if that failed to bother me.

As for the project itself, Marx stayed neutral, asking fans to hold off on judgment until there’s an actual movie to watch. She also spoke highly of Chu, whom she “greatly enjoyed” speaking with.

He treated me with honesty and respect. He is sincere, passionate, and filled with a desire to make the best Jem movie he can make. He wants to reinvent Jem for a current audience. His take is somewhat different from the approach I wanted to take, but that just means it’s different, not that there’s anything wrong with it. I urge everyone to judge the merits of his work on the result and I hope he delivers us an excellent, truly outrageous movie.