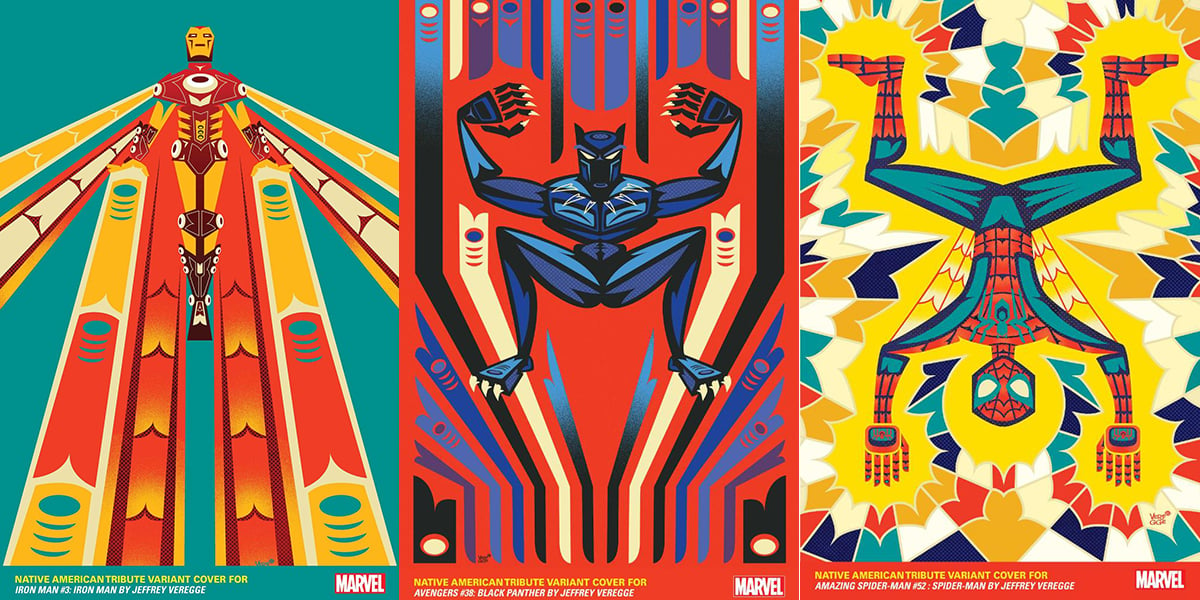 Jeffrey Veregge is an award-winning Native American artist. Bringing his heritage into his work, he creates some absolutely incredible pieces that tie into the world of pop culture that we know and love. So now, in a special series honoring Indigenous history, Veregge is working with Marvel to share special variant covers for some of our heroes. 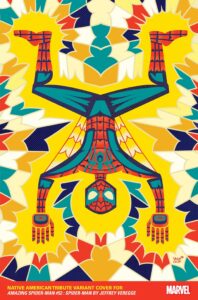 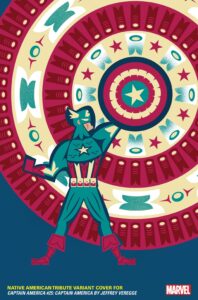 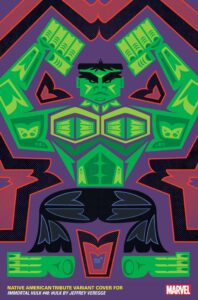 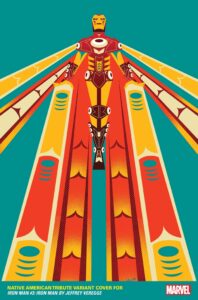 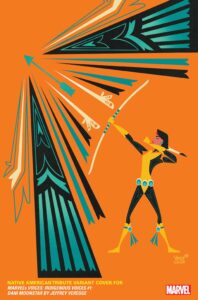 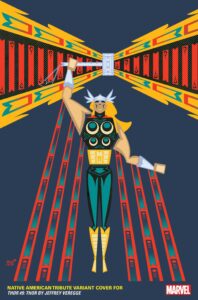 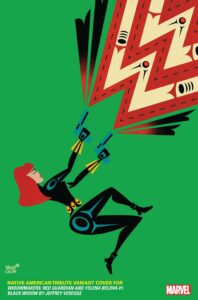 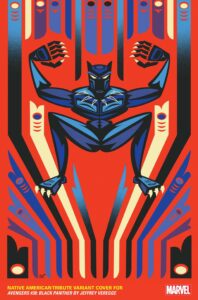 In talking with Veregge about his work via email, it’s clear that he loves not only bringing his Native American heritage to his art, but also tying it into his favorite heroes and icons from pop culture.

THE MARY SUE: When creating the variant covers for Marvel, did you have a choice in who you wanted to bring to life? If so, why these heroes or who would you love to take on in the future?

JEFFREY VEREGGE: It was a bit of both, I got to make suggestions one which characters I wanted to draw and Marvel came back with a list they approved and included.  I really wanted to do the core characters and was blessed to be able to do so many.  Spider-Man was my first choice as he has been a favorite of mine since I was a kid, and he’s my youngest son’s favorites as well. The rest of the list was a dream list and I put names that I hoped I would get, and lucky for me I got most of them.  In the future for Marvel, I would LOVE to work on Daredevil, Silver Surfer, Doctor Strange, and Star Wars.  I am also wanting to do covers for my friend and adopted Apache cousin: Karla Pacheco and her current run on Spider-Woman as well!

TMS: How important is it to you as an artist to bring your own heritage and history into your work?

VEREGGE: It is very important. I grew up in a world that saw Natives mostly as the stereotypes seen on TV and Film.  We were almost always the villains and the visual representation of Native American culture looked a lot like dime-store kitsch, so any opportunity like the one Marvel has provided to share a contemporary voice from Indian Country are important steps in showing the world that we are alive, thriving culture that wants to be a bigger part of today’s global society.

TMS: Working with Marvel is a dream for many artists and writers. How did you find creating these with them? What was the collaboration like?

VEREGGE: It is a dream. Marvel has been such a wonderful supporter of my work, from not just the opportunities by doing covers for them, but their support and partnership in my 15 month Smithsonian Exhibit at the National Museum of the American Indian; “Of Gods & Heroes: The Art of Jeffrey Veregge” and things like being an online tour guide sharing my thoughts for the Marvel exhibit at the Museum of Pop a years ago.  They have treated me with the utmost respect as a creator and as a Native American.

TMS: What is an aspect of your work you hope to expand on?

VEREGGE: Well, I want to keep making fun covers for books and franchises that I have yet to work on,  I want to keep working on Star Trek for IDW fulfilling a 30-year dream as a Trekkie. I want to do my own books that I am developing that I would both write and draw and continue my journey into the public art world with more murals and sculptural pieces.

TMS: What is something you want to do in the future in the world of comics with your art?

VEREGGE: I want to tell the tales from my own imagination. Characters and worlds I create and share more of my storytelling ability.  I also want to write Star Trek stories and any space adventure books that make me feel like I am 8 years old again. I want to keep working with Marvel and putting my artistic thumbprints on as many characters they will let me play with.

Veregge’s work is truly remarkable, and it’s a beautiful new look at these heroes we know and love, and I, personally, cannot wait to see what he does next!