According To Census, Star Wars’ Jedi Religion Is Most Popular Alternative Faith In England 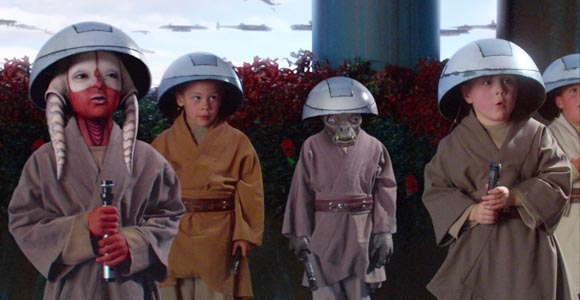 If you’re a devoted Star Wars fan, you might want to consider moving to England. That is, if you don’t already reside there. A census shows the Jedi faith is strong there.

In England and Wales, “Jedi” sits behind Christianity, Islam, Hinduism, Sikhism, Judaism and Buddhism in the category of religion. That excludes Atheists and those who declined to answer the religion question.

According to Telegraph, Jedi first appeared on the census in 2001 after a campaign to include it. And 390,127 considered themselves part of the Jedi “faith” that year.

“Although the number of Jedis has dropped by more than 50 per cent over the past 10 years, they are still the most selected ‘alternative’ faith on the Census, and constitute 0.31% of all people’s stated religious affiliation in England and Wales,” writes Telegraph.

In case you were wondering, “Heavy Metal” is also a religion some subscribe to in England.