UPDATED: Are You A Firefly Fan Who Makes Jayne Hats? Watch Out, Fox Is Coming For You. 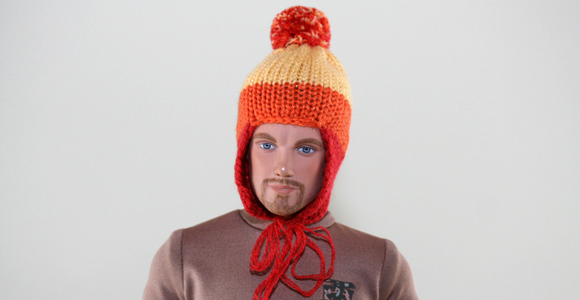 As if Firefly fans didn’t hate Fox enough already, it seems a newly licenced Jayne Cobb hat has started a chain reaction of cease and desist notices to Browncoats who make them for fun. Gorram…

Let’s just get this out of the way first: Fox owns Firefly and as the rights holder they are allowed to do whatever they want with it and its ancillary products.

That being said, this is an unfortunate day for fans.

[Editor’s Note: We’ve been asked to remove the names of those involved.]

A seller of Firefly fan items who prefers to remain anonymous, wrote a rant on Facebook about a situation that’s recently come to light. Apparently Fox have just now started sending out cease and desist letters to them and other independent craft/fan sellers. Specifically sellers of Jayne hats and specifically sent to individuals who’ve been selling them for eight + years with no issues. They write, “These are not big money making companies, but single women, moms and retired ladies that have made them because they love the show and are creative people. They weren’t making fortunes, maybe pocket money or the funds that got them from paycheck to paycheck. Now they are not only making nothing monetarily, but they no longer have an outlet to sell anything else the make because etsy banned them.”

Etsy banning users without warning or explanation is not new. They randomly cull users they find infringing on copyright but this particular instance seems to have a source. Blastr writes, “Ripple Junction, a company which produces licensed apparel, obtained the rights to mass produce the Jayne Hat. It instantly became a hit seller on popular nerd sites like Think Geek. It seemed that getting a Jayne hat was easier than ever. But that ease came with a price.”

Blastr says they reached out to both Ripple Junction and Think Geek who said they had no part in sending the cease and desists. But from all accounts, it’s not just creators of home-made Jayne hats being taken down but creators of all types of Firefly related products.

That initial post by the seller seems to have been deleted in the midst of writing this story but now has a follow-up [Edit: This has also been deleted.]:

Someone (great gorram I wish I knew who) reported independent shops to Ripple Junction. As an official license holder, once Ripple Junction was made aware of these shops they must, by contract, report them. FOX legal department, in doing their job which they should (because lets face it they have artists to protect too), sends Etsy the legal notification. The closed shops are the ones specifically brought to the attention of Ripple Junction. The other C&Ds Etsy is issuing are the “we are covering our butts” warnings.

Again, legalities are legalities but it’s unfortunate fans of the beloved series are being targeted so long after the fact, especially when you consider the love behind, and that goes into, the making of a Jayne hat.

Think Geek has posted the following statement on their website:

We’ve heard the news that FOX, the licensors of Firefly merch, is sending out cease and desist notices to Etsy sellers who carry their own cunning hats.

We just wanted you to know that ThinkGeek has nothing to do with the C&D notices. The hat is licensed by a vendor with whom we have a relationship and while the hat is not an exclusive to ThinkGeek, we did have a hand in its development and answered the difficult questions like, “Are the earflaps long enough?” and “Is that man afraid of anything?” (Yes and no, respectively.)

Would the C&D have happened if we did not carry the hat on our site? We’re not sure; we’ll leave that question to sharper legal minds than ours. We’re here to carry the shiniest of goods from ’round the ‘verse, even maybe makin’ them ourselves. We just want y’all to know that while we might not always aim to misbehave, we’ll always be sure to get you the best stuff this side of the Eavesdown Docks.

The way we see it, if people want to make their own, shiny. For those out there who can’t knit to save their gorram lives, we can help.

(Whedonesque via Blastr, image via Plastic and Plush)