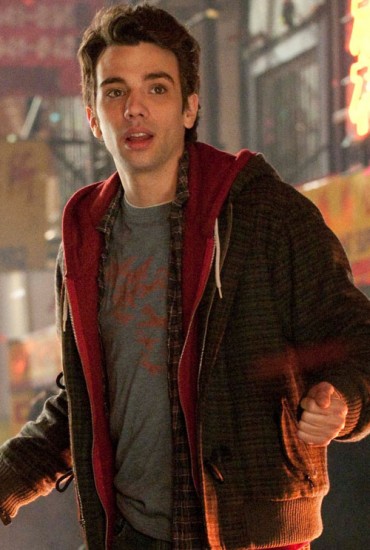 “I got to work on the remake of ‘Robocop’ with Michael Keaton and Gary Oldman. And pretty much all my scenes were with Keaton. Oldman was in most of ’em and Jennifer Ehle and Marianne Jean-Baptiste. And so here I am with Commissioner Gordon and Batman from two different generations together and I was there privy to the moment where that penny dropped and they realized that. It was like, ‘Wait a second, you’re in the new one? Who you playing, Gordon?’ ‘Yeah, Batman.’ It was like, ‘Oh my God!’ But then to hear production stories about ‘The Dream Team,’ about ‘Johnny Dangerously’ and fucking ‘Batman,’ ‘Beetlejuice,’ I mean — and then from Oldman I got to pick his brain about ‘State of Grace,’ about ‘The Professional,’ the Nolan Batmans. And that’s the thing, it’s like it’s like a bit of an agreement. I think they’re fine talking about it if I’m actually interested. And they saw that I am [really] a movie nerd. That’s the one thing I’ll be super fucking arrogant about and say I know my shit. And so when they talk to me they can see that. And it was just like it’s a movie nerd’s dream to get to be with fucking Keaton and Oldman every day.” – RoboCop reboot actor Jay Baruchel speaking with HitFix.com.

I’ll be honest, not sure I could even be in the same room with Keaton and Oldman without passing out.