Jason Statham to Fight a Megalodon | The Mary Sue

Jason Statham to Fight a Megalodon; We Are So, So Desperate for a Street Sharks Movie 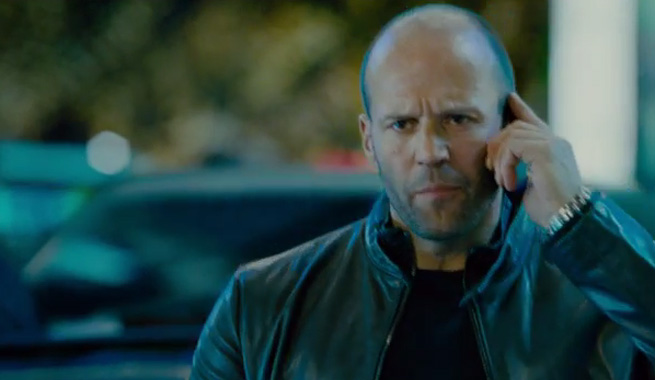 Wow. We really are living in a special age. According to Variety, Jason Statham has been cast as the lead in Meg, which is a pretty adorable title for a movie about prehistoric jumbo sharks. The Warner Bros. movie will be based on Steve Alten’s novel Meg: A Novel of Deep Terror, and helmed, obviously, by National Treasure director Jon Turteltaub. Here’s a description of the source material:

The book revolves around two men who band together to fight an ancient shark threatening the California coast. The Megaladon, considered one of the largest and most powerful predators in history, can reach a length of 60 feet.

The movie was originally set to be made by Disney (!) way back in 1996, but Variety writes that “the studio was unable to get it into production before another shark pic, Deep Blue Sea, hit theaters.”

Although it makes sense that Jason Statham, as the human equivalent of a Megalodon, would be cast in this film, I’d like to think we’ve evolved as a society beyond movies where sharks are the enemy. I love shark horror movies more than the average person—I even watched Shark Night 3D, my friends—because they capture our fear of and fascination with the ocean. But in 2016, sharks’ extinction should be a more pressing fear for us humans than getting chomped by one, so I’d like to see a movie where the sharks are the heroes for a change. WHICH BRINGS ME TO MY STREET SHARKS SHARED UNIVERSE PROPOSAL. (Yes, I know there were rumors Bay was attached to an upcoming Street Sharks film. I reject those; this will be better.)

The cast is: Statham, Dwayne “The Rock” Johnson, Michelle Rodriguez, Vin Diesel, Charlize Theron, Tyrese Gibson, and Ludacris. I know that’s the cast of Furious 8. It’s okay. They don’t have chums, they got family. The director is Lexi Alexander. They travel around busting perpetrators of ecological crimes.

The point is, if we, as a society, have gotten to the point where we’re making movies about Jason Statham fighting prehistoric sharks—turning on his own kind!—it’s a clear sign we need to up our shark movie game.