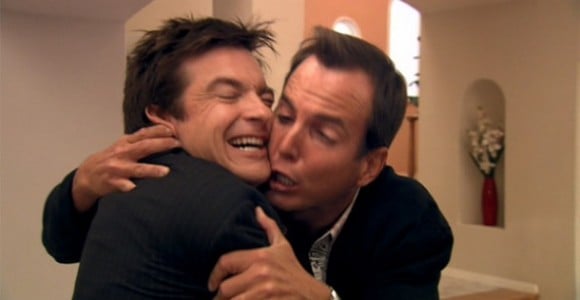 If you fancy yourself both a Call of Duty enthusiast and a fan of the late-but-great Arrested Development, you’re in luck! Two of the bluths–Will Arnett and Jason Bateman, to be exact–have been signed on by Activision to record some exclusive Elite video content. Will this tide us over until the movie? (Which is still totally, really happening?)

The pair are creating the content through their production company; it will be available exclusively through Activision’s new Call of Duty Elite online service, and will be sneak-previewed at the two-day Call of Duty XP fan festival taking place in Playa Vista, California over Labor Day weekend–which Arnett will be attending.

“I consider myself a gamer,” said Arnett. “When you look at the time spent gaming, versus other entertainment outlets whether it’s watching TV or watching movies; for me, I probably spend more time gaming. I want my videogames to be entertaining. You realize that videogames are a real outlet that needs to be taken seriously.”

Arnett is a huge fan of Call of Duty and has a close relationship with some of the development team members at Infinity Ward, who he engages in multiplayer online gaming sessions with.

Elite, which will feature a mixture of free and subscription features, will include social networking options, a Halo-Waypoint-like performance tracker, downloadable map tracks (and more), and will be launched this fall along with Modern Warfare 3.

We’ll be interested to see what Bateman and Arnett have to add to the experience, but it’s hard to imagine it not being hilarious.