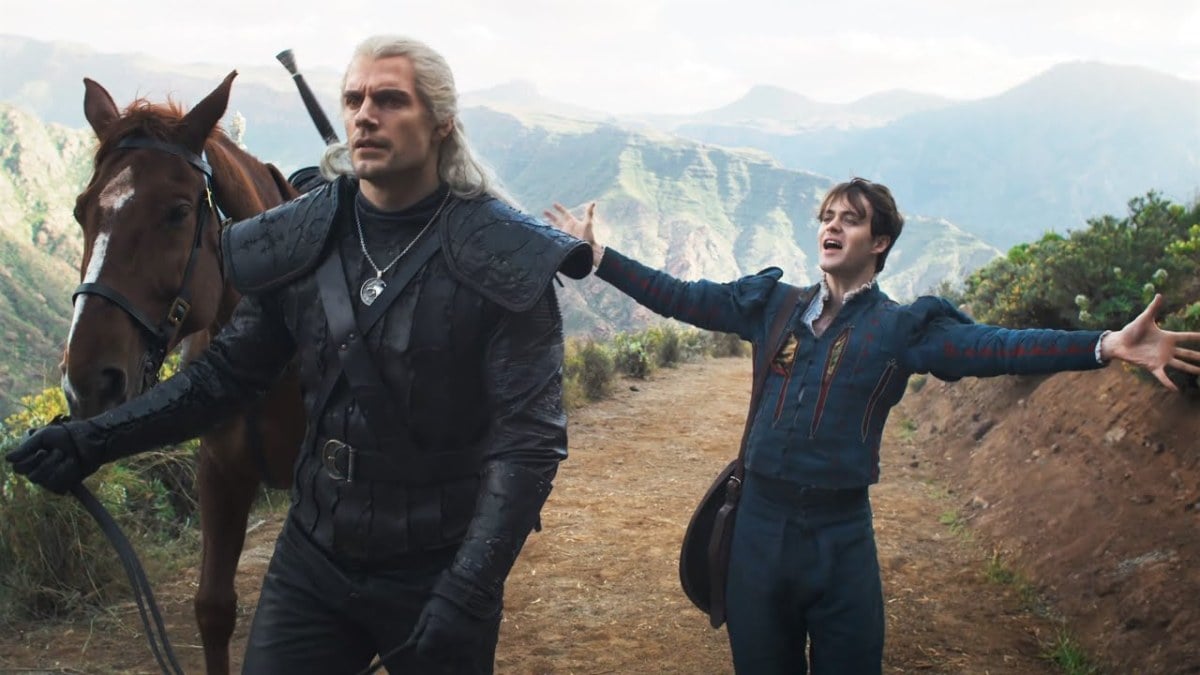 Netflix knows what we want—and what we want is more Jaskier the Bard from their smash-hit series The Witcher. Joey Batey’s indefatigable songbird was a breakout fan favorite, and now to promote a new 30-minute Netflix special, Making The Witcher, Netflix has given us the gift of “Jaskier’s Unofficial and Unauthorized Trailer.”

The actual Making The Witcher is on Netflix as we speak, and offers a comprehensive behind-the-scenes look at how the show came together. Interviews with the stars, showrunner Lauren Schmidt Hissrich, writers, directors, and other creatives spliced with footage old and new lay down the process of adapting Polish author Andrzej Sapkowski’s sprawling fantasy world for the screen. The mini-doc is interesting and entertaining for fans of the show, as we eagerly await more Witcher content. (The second season, which had gone into production in February, was shuttered by the pandemic, delaying our witchy gratification.)

Proving that the folks at The Witcher and at Netflix know their fans, they let Geralt’s self-declared best friend and propagandist Jaskier hijack the whole thing for a tongue-in-cheek promo.

The voice-over hams it up for us. “He puts the lute in absolute talent,” we’re told, over images of Jaskier, the rest of the cast of characters, and Batey enjoying himself on set.

In the special itself, Batey shares a heartfelt story about panicking during the audition process because he was so excited about the character. He even asked his sister to take a look at Jaskier, “and her response was, ‘Joey, are we in a dream that you’re having? Because this is so perfect.'”

The Netflix special is chock-full of all kinds of Witcher lore and show-making process. I found it fascinating to see how much the creators hewed to the property’s importance in Polish pop culture, and the Polish influence overall. At one point showrunner Schmidt Hissrich discussed the strong female characters in Geralt’s orbit with Sapkowski:

“One of the things that most interested me is the women in the books,” Hissrich shared. “They’re very, very strong women that are surrounding Geralt, the protagonist. And I asked Andrzej, I said, ‘You know, for books written during the 80s, I’m really surprised the women are so strong.’ And he said to me, ‘You know, you’ve never met my mother, have you?’ His point was that for a nation that was so war-torn, had so much conflict, they lost a lot of their men in those conflicts—and women became quite the centers of communities, even the workplace, not just homes. That’s the spirit that Andrzej brought into these books. These characters are survivors.”

We go on to hear from Cavill, Batey, Freya Allan (Ciri), Anya Chalotra (Yennefer), Mimi Ndiweni (Fringilla), Adam Levy (Mousesack), MyAnna Buring (Tissaia), and other members of the cast. It’s especially fun to see Cavill, a longtime fan from playing The Witcher video games, nerd out about Geralt and his world. We also learn that Cavill is a “producer’s nightmare,” as he insists on doing all of his own stunts.

The special covers how the cast was chosen, how scenes and battles were shot, how monsters were made, costumes fashioned, and castles built. It features footage of the first season’s filming from new perspectives, and a whole lot more—including, of course, the now-epic earworm song “Toss a Coin to Your Witcher.” For a detailed look at what Making The Witcher has in store, you can check out a more official and authorized trailer here.