Jared Kushner Roundly Mocked for Complaining About the NBA Strike

The poster boy for nepotism was ridiculed for his lack of self-awareness. 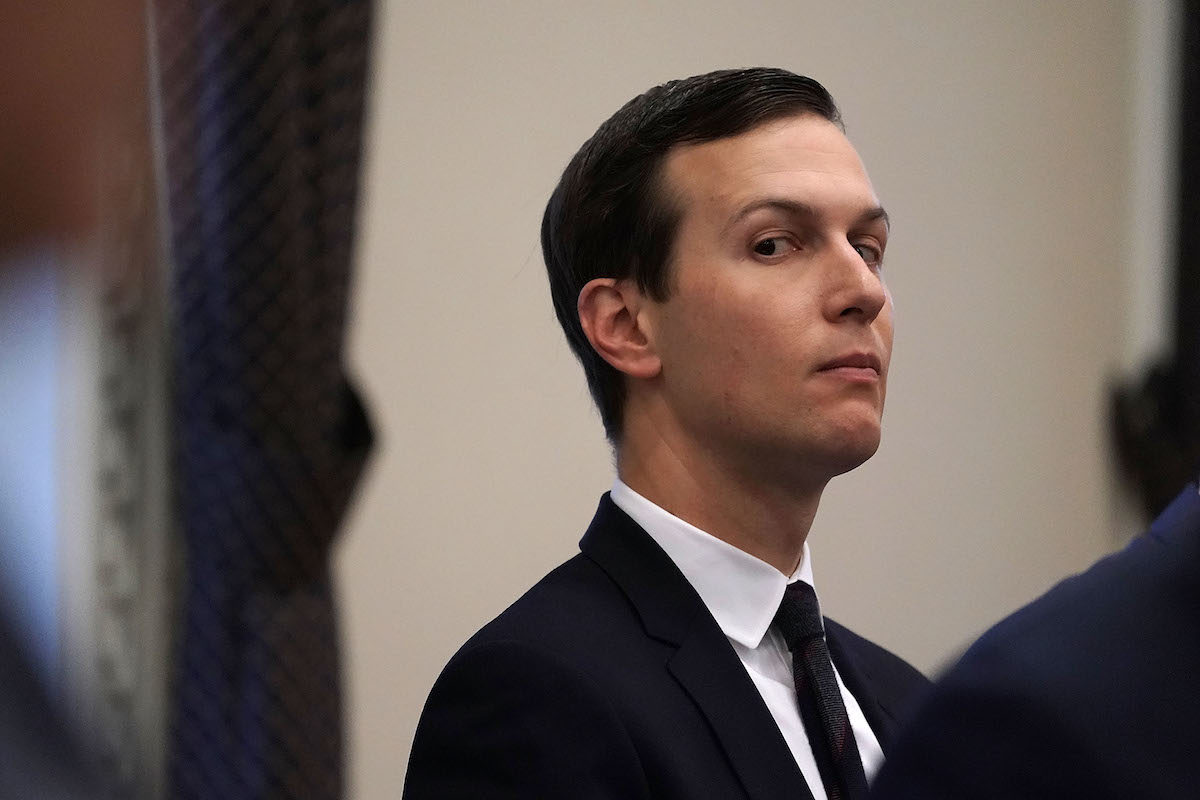 Presidential advisor and charisma-less Bobby Newport Jared Kushner made headlines when he decided to comment on the NBA strike. The NBA and the WNBA announced yesterday that they would be going on strike to protest racial injustice and police brutality in the wake of the violent shooting of Jacob Blake. This strike was announced amid the ongoing protests against police violence in Kenosha, Wisconsin.

FUCK THIS MAN!!!! WE DEMAND CHANGE. SICK OF IT

In an interview on CNBC’s Squawk Box, Kushner was asked if the White House supports the strike, to which he responded, “I think the NBA players are very fortunate that they have the financial position where they’re able to take a night off from work without having to have the consequences to themselves financially. So, they have that luxury, which is great, … With the NBA, there’s a lot of activism and I think that they put a lot of slogans out, but I think that we need to turn that from slogans and signals to actual action that’s gonna solve the problem.”

“The NBA players are very fortunate that they have the financial position where they’re able to take a night off from work without having to have the consequences to themselves financially,” says White House senior advisor Jared Kushner on the NBA player boycotts last night. pic.twitter.com/nHlRBNIzaf

Kushner added in an interview with Politico that he would be reaching out to Lakers star and activist LeBron James.

Jared’s comments about the “luxury” of NBA athletes is condescending and ridiculous, considering that Kushner was born into wealth and has had literally everything handed to him on a silver platter, including his plum White House gig. He is qualified for nothing, yet exerts a stunning amount of influence which has time and time again proved to be disastrous for our country.

Many took to social media to mock the poster boy for nepotism:

Friendly reminder that I once went on a date with Kushner and it was the era when people making guac at the table was NOVEL and I thanked the server and he said, “they don’t like it when you talk to them.” https://t.co/7HeRleo5cb

I love being lectured about financial issues by the ultimate trust fund baby. A guy who has truly never had to earn a thing in his life and is the face of nepotism

My Harvard ‘03 classmate Jared Kushner got in because his parents donated $2.5 million to Harvard. Me? I taught myself to take the SAT there was no $ for a class.

Which one of us knows something about earning our position in life, Jared? https://t.co/AnwQNTGsuo

WH on biggest sports protest in a generation:

Jared Kushner: “The NBA players are very fortunate that they have the financial position where they’re able to take a night off from work.”

Jared Kushner can’t even get into college on his own, and owes everything to a trust fund, criminal father, and criminal father in law. His opinions on NBA players who actually earn their money, are less than relevant.

Silver Spoon Jared Kushner calling NBA players “lucky for being able to take a night off from work” is too rich.

These are grown men who have worked insanely hard to earn their jobs. Without rich parents.

Jared Kushner is fortunate he’s not in prison yet.

Jared Kushner of all people is accusing others of being fortunate and not facing consequences. He just won the gold medal in the Hypocrisy Olympics. https://t.co/esUYzIp4Vd

Posting this story about how much Ivanka and Jared have made while Trump is in the White House, for no particular reasonhttps://t.co/DO6BCCrl3h

Jared Kushner is an evil criminal slumlord who has accomplished nothing besides money laundering, using the WH as a $300M grifting game, ruining Covid response to hurt people in blue states/cities and avoiding prison. I don’t give a shit what he says about NBA Players, do you?