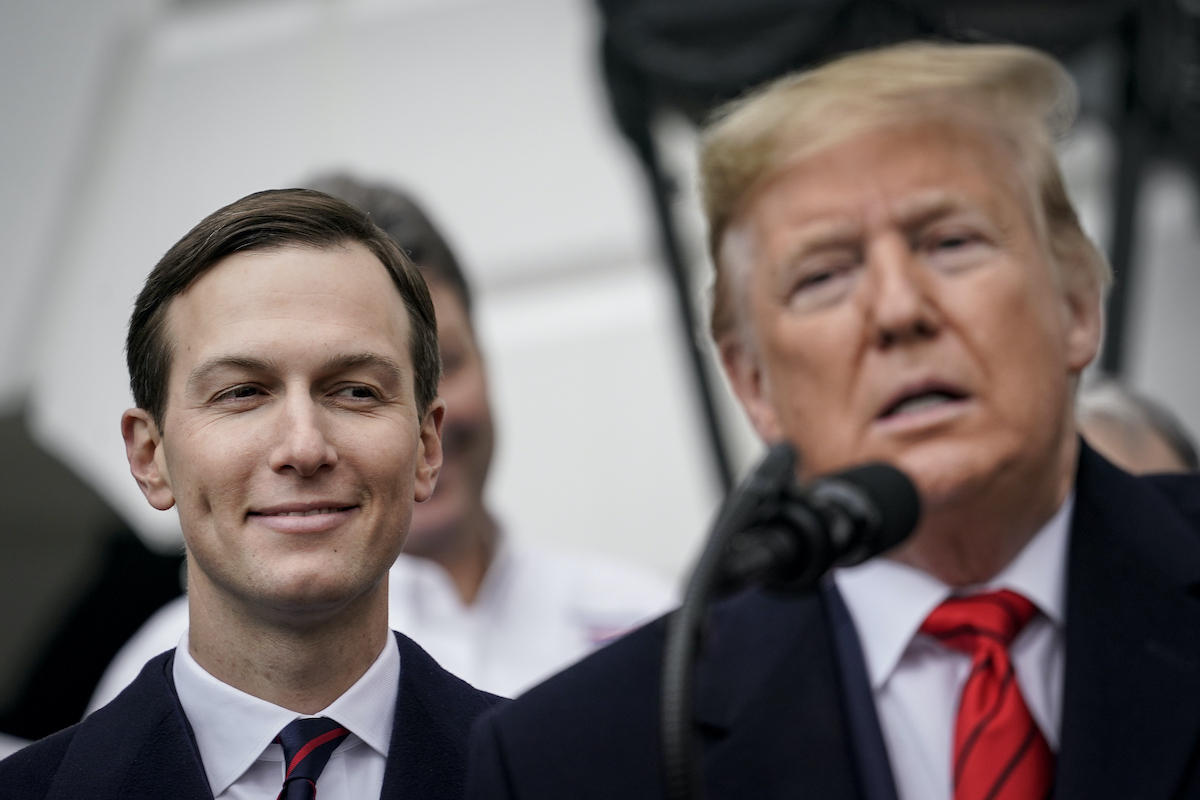 Earlier this week, Politico reported that Donald Trump was waiting to make a decision as to whether to make an emergency declaration about the coronavirus until Jared Kushner of all people could finish his research and weigh in. Trump has put Kushner in charge of a whole host of important issues, from Middle East peace brokering to the opioid crisis, despite having literally no qualifications related to any of them. And now Trump, for some reason, has given him a major role in coronavirus management.

Jared Kushner is totally unqualified to have any role in this process whatsoever. And he appears to know that, so he’s seeking outside advice. But because this is Jared Kushner we’re talking about, he’s not going to any of the regular experts for that advice. Instead, according to a new report from Politico (and first reported by The Spectator), he went to his brother’s father-in-law and father to supermodel Karlie Kloss, Kurt Kloss, an emergency physician.

Kloss, in turn, went into a Facebook Group for ER doctors and told its members, “I have direct channel to person now in charge at White House.”

“If you were in charge of Federal response to the Pandemic what would your recommendation be. Please only serious responses, he wrote in a now-deleted post in the “Bad Ass Fucking Emergency Room Doctors” group.

After reportedly getting hundreds of responses, Kloss told the group, “Between patients tonight I have reviewed your responses and will summarize what I am sending to Jared for your PEER review before I send it.”

He later followed up, saying, “Jared is reading now.”

Just in case you were concerned about the U.S.’s response to this global pandemic, I guess we can all stop worrying now that a former real estate developer, Karlie Kloss’ dad, and a bunch of ER doctors on Facebook are on the job. Oh, and Mike Pence. A real dream team.

Trump fired the entire expert federal pandemic team and put Jared Kushner in charge. Jared’s plan was apparently to get his brother’s wife’s dad to ask around on Facebook if anyone could help.

This is a disaster. https://t.co/OyqGaQzwTG

This is absolutely incredible. Jared Kushner has the entire federal gov’t at his disposal, every health crisis org on the planet at his beck and call, and his brother’s father-in-law is doing pandemic response research for him on Facebook.https://t.co/PWByiaqsKS