At least the four horsemen get to ride in on Rapidash. 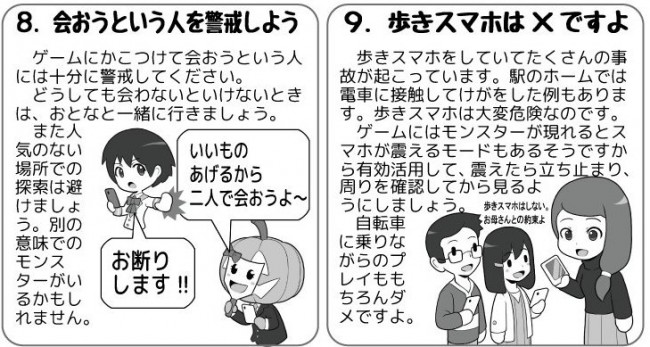 Pokémon GO was reportedly supposed to have launched in Japan recently, but then that anticipated launch was also reportedly delayed after an email seemed to leak the launch window. The concern, it seems, was that the leaked details would lead to even more server congestion than normal and ruin the launch, but the Japanese government has its own concerns about the game’s popularity.

Whether this week’s specific delay reports are true or not, the reason Pokémon GO isn’t out in Japan yet is still due to the extra time needed to ensure server stability in the face of the anticipated massive demand. So, if you think you’ve seen a lot of people playing the game in the U.S., and things have becoming a little hazardous in congested areas due to the distraction, it becomes easy to see where the government’s concern comes from. After all, the game already comes with its own built-in warning about minding your surroundings—one we’ve all become plenty familiar with while waiting for the game to load.

So, Japan’s NICS, the National center of Incident readiness and Strategy for Cybersecurity, put out a flier—complete with illustrations—on Twitter and asked residents to pass it around to ensure safe and happy play: 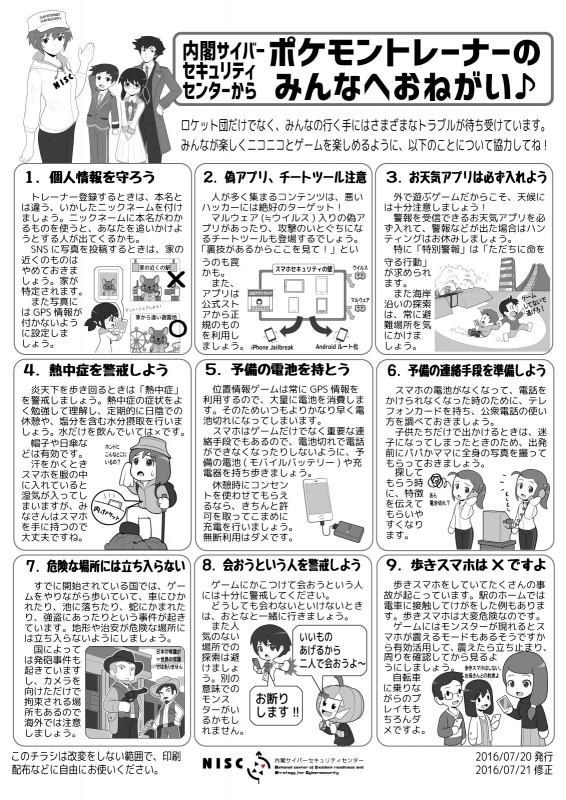 In my Google Translate attempts to understand the warnings, they appear to be about, in order: using your real name for the app (use a nickname instead), malware clones, being aware of weather conditions (since you’re not used to going outside, I guess), heat stroke awareness, making sure you have plenty of battery life (key if you can’t get home without GPS), alternate means of communication in the event that you do run your battery out, wandering into dangerous areas accidentally, making sure any player meet-ups are safe and/or chaperoned, and using vibration to alert you to Pokémon instead of walking while staring at your screen.

Clearly, it’s not just distraction that has the NICS concerned—though it’s a valid concern when people are doing things like this. Don’t Pokémon and drive, friends. Digital privacy and safety (kind of their thing) and the use of Pokéstops as a way to attract potential victims of crimes are also real issues that have already come up where the game has been released, which is why we can’t have nice things. Some savvy players have already put forth their own suggested additional warning screens (fully designed, to boot, but more concerned with being courteous than safe), so maybe we’ll see some of these warnings added to the app itself in the future.