Pokémon GO Will Reportedly Launch in Japan Tomorrow, so Don’t Plan on Playing

Those are going to be some humble servers ... 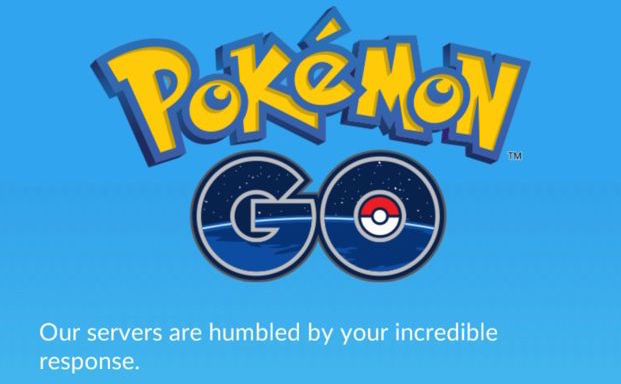 It may seem like Pokémon GO has already taken over the world, but that domination has been missing one key area: Japan, the actual home of Pokémon. That will reportedly end tomorrow, July 20, so if you were planning to get outside and catch some Pokémon, maybe you should wait until Thursday, judging by how past regional launches have gone.

Despite claims to the contrary from hacking groups, this past weekend’s Pokémon outages seemed to be caused by the game’s launch in 26 different countries on Saturday and in Canada on Sunday. Japan should bring a similar—and probably larger—rush of new users to the game, and tomorrow is a lot sooner than the timeframe in rumors that the Japanese release would be pushed to the end of the month or later in order to strengthen servers.

TechCrunch reports that they’ve received confirmation that the game will launch in Japan tomorrow, which is really only a couple of hours away at this point due to time differences. Depending on when the game goes live, servers may struggle later on tonight, or we could get lucky and timezones could help most of us avoid the congestion altogether. Japan will also apparently be the testing grounds for the app’s sponsorship deal with McDonald’s, which will allow McDonald’s locations to become Pokémon gyms in order to draw in customers.

That’s likely to work out well for McDonald’s when you consider that GameStop locations that are also “pokéstops” in the game have seen their sales double as a result. Microtransactions to buy in-game items aren’t the only way it’s capable of generating revenue. Anecdotally, I’ve seen an absurd number of people and cars crowded around businesses that have been lucky enough to have in-game locations bestowed upon them without such a partnership deal—and I’ve been the one buying drinks from a bar just because it was in prime poké-real estate—so there’s little doubt such a partnership will be effective.

Pokémon GO has already been super effective for Nintendo, who have seen their stock price jump high enough to surpass even Sony, which is not a feat anyone would have expected of Nintendo just a few weeks ago. Things are likely to hit a high after the game’s launch in Japan and then slowly taper off, but just how slowly is still uncertain, and this will be a success story for Nintendo and Niantic no matter what happens.