Japan Prevents PlayStation Network From Being Turned On | The Mary Sue

Japan Prevents Sony From Turning On the PlayStation Network 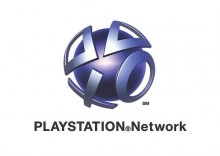 Even though the PlayStation Network officially returned yesterday in North America and Europe, the service remains down in its homeland of Japan because Japanese authorities do not believe Sony’s promised security countermeasures have been completed.

Kazushige Nobutani, director of the Media and Content Industry department at the Ministry of Economy, states they met with Sony on both May 6 and 13 and wanted two things, the first being “preventative measures. As of May 13, Sony was incomplete in exercising measures that they said they will do on the May 1 press conference,” and claims that he could not disclose exactly what the preventative measures are due to security reasons.

The second topic discussed was how Sony will attempt to regain customer confidence after the hack and leak of subscriber personal information. Nobutani claims, “There were similar cases in the past that were caused by other firms, and we are asking Sony whether their measures are good enough when compared to countermeasures taken in the past,” making Japan’s blockage of the PSN seem a little overcautious, in that Sony’s strategy for regaining customer trust should have more to do with marketing than security measures.

Even though Japanese PSN users still do not have access to the network, according to Japanese authorities it’s possible that said lack of access is a good thing, but as North Americans and Europeans have jumped back into online play, Japanese gamers must surely be feeling a little put out. On the other hand, it is entirely possible that North American and European authorities didn’t ask the appropriate security questions being asked by Japanese authorities and may have put their PSN users at risk once again.