Is there such a thing as an apocalypse bender? 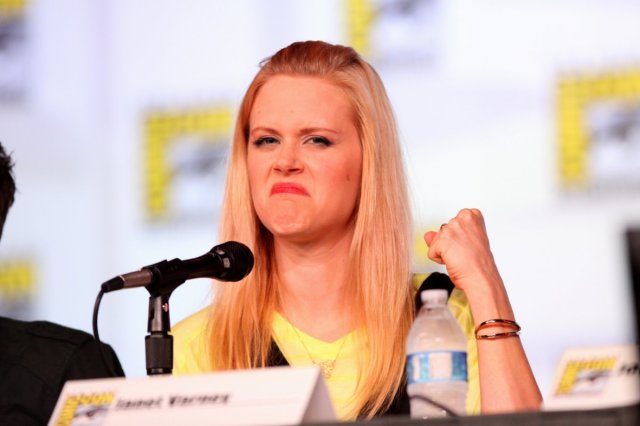 We imagine Korra would handle herself pretty well in an apocalyptic scenario, but unless the show takes a weird turn we likely won’t find out. What we will see though is the voice of Korra, Janet Varney take on the apocalypse in an upcoming buddy road comedy about the end of the world, Diani & Devine Meet the Apocalypse.

The film will follow in the tone of old Bob Hope and Bing Crosby road movies, and will star comedians Gabe Diani and Etta Devine as fictionalized versions of themselves. The pair will make their way through a post-apocalyptic Los Angeles with their dog Watson.

Varney will appear in the film as a well-prepared suburbanite. Also appearing in the film will be Barry Bostwick, Armin Shimerman, Kitty Swink.

Diani & Devine are the team behind the brilliant Huckleberry Finn: Robotic Edition and the comedy horror film The Selling. They will be launching a Kickstarter campaign for the project next week and we’ll have much more about the film, including an interview with Diani & Devine, when that goes live.

(via PRlog, image via Gage Skidmore)