“If you want a happy ending, that depends, of course, on where you stop your story.” 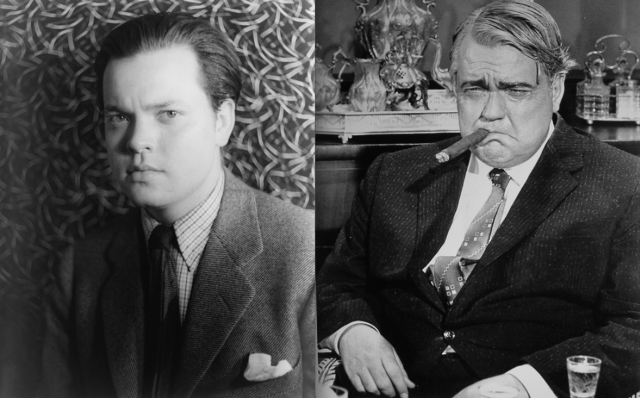 Orson Welles is famous for Citizen Kane, his debut feature film, seen by everyone who has taken any film course ever. But even before Kane, Welles put together 40 minutes of footage for Too Much Johnson — which he believed burned along with his villa 50 years ago. Except it didn’t. The footage was just found.

Too Much Johnson was a 19th century comedy that Welles wanted to to put on Broadway. To accompany the show, he compiled the eponymous footage, but never finished editing it. The play itself was shown early in Connecticut, did terribly, and… well, that was it. Welles forgot about the footage (though he reportedly stumbled across it in his Spanish villa at some point in the ’60s). He then left for an acting job, the villa caught fire, and the film — which was captured on extremely flammable nitrate stock  — was thought to be gone.

Enter a shipping warehouse in Pordenone, Italy, which is a city home to a famous film organization called Cinemazero. The reels were discovered by a member of the organization, and Cinemazero sent them to Rochester to be stabilized and converted it to modern stock.

Too Much Johnson is the story of Augustus Billings, a womanizer from Yonkers who has an affair while pretending to be a Cuban plantation owner. Each part of the play was supposed to open with a corresponding block of film, which showed a downtown Manhattan chase scene silent-movie-style.

Welles shot nearly four hours of footage before he began to edit it himself, which is when he really fell in love with editing and all of its potential, according to biographer Simon Callow. For unknown reasons — possibly because the cast wasn’t being paid fairly — the footage was removed from the play, which didn’t work without it.

For all cinephiles, this marks a really exciting moment. The footage is said to be clearly in Welles’ style, and it will certainly be interesting to have another earlier example of his work.

The first showing will be in Pordenone as part of Le Giornate del Cinema Muto, which begins October 5.